I would be willing to bet that there are a lot of people out there that are going to disagree with me on this but I'm gonna get right out there and say it: I think this game is lame and so are a lot of the games that are similar to it but hear me out as to why I feel that way. 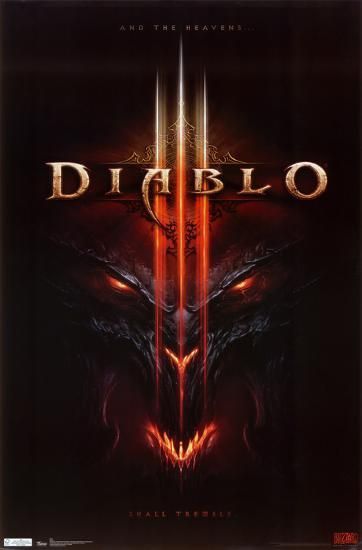 I'm an old-school gamer and this explains why it is that I tend to enjoy platformers and turn-based RPG's and tend to shy away from first-person-shooters because when I started gaming we didn't have anywhere near the technology necessary to run games like that. I was an arcade nerd, then an Atari 2600 guy, then NES, then Genesis, then PS1. After that I went to college and became a lot more interested in women and drinking than I was in video games so I missed out on some of the pioneers of the FPS genre.

As you FPS fans out there (I'm looking at you @deadspace !) are concerned, I watch your gameplay vids with a sense of wonderment and awe about how it is that you became so good at it. I am also very hesitant to get involved in any sort of competitive play because I am quite certain that I will get my ass handed to me and people would probably say mean things (haha).

When Diablo 1 launched in the late 90's it was a truly novel approach to gaming in that no two playthroughs were the same because the map and dungeons (as far as I remember) were randomly designed and there is a word for that (procedurally generated?) but I do not remember what it is for certain. Random loot drops were a lot of fun and finding that epic ultra-rare drop was worth the effort. It also was a massive time-sink because aside from bosses here and there the drops seemed to be completely random. You never really knew what you were going to get.

I LOVED Diablo 1, skipped D2 entirely, and only picked up Diablo 3 in the past week because it was on sale for basically free.

I have sunk just a few hours into it and I am pretty unlikely to play it a great deal more and the main reason for that is because it mostly just feels like a bunch of walking around aimlessly searching for a cave that is "somewhere" in this particular region. 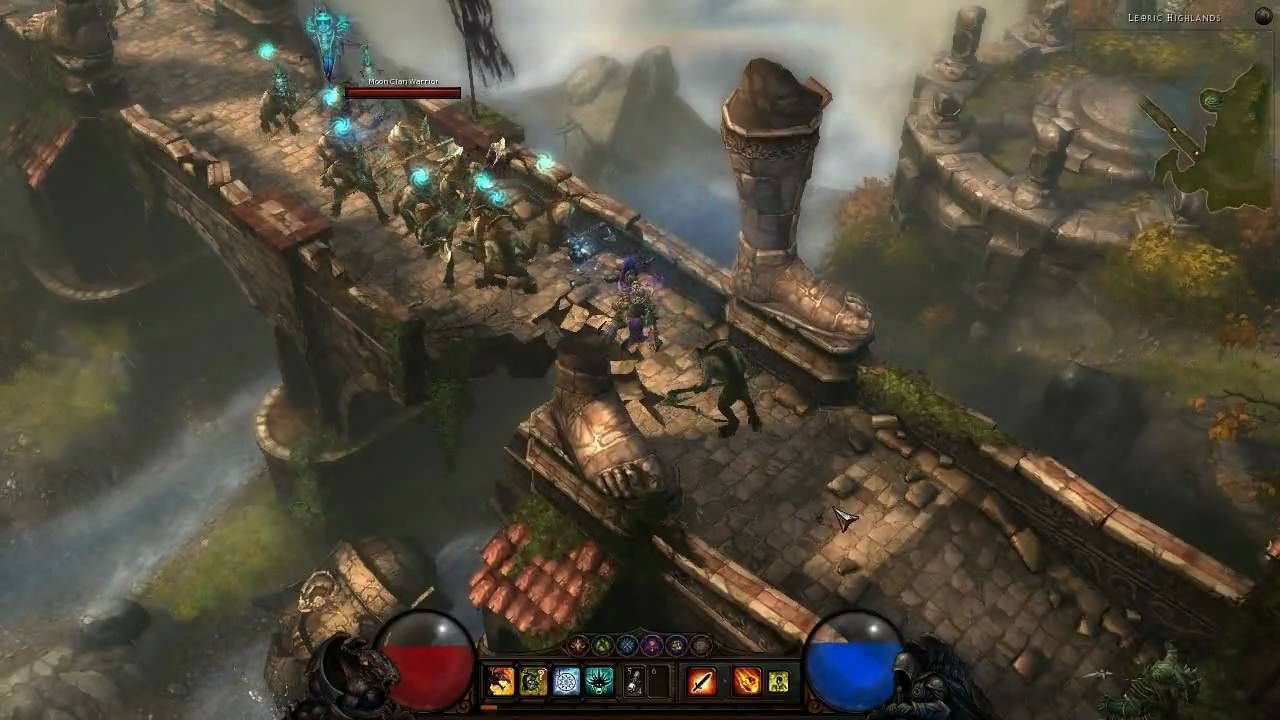 The graphics are great for the style of game that it is but for the most part, you are just getting swamped with trash mobs and the occasional purple guy that you have no choice but to "kite" and this isn't even very difficult to pull off... it is just time consuming.

Then, once that is over, you collect something that a guy in town told you to get, bring it back to him and then he tells you to go get him something else that is somewhere even further away and you repeat the process all over again. 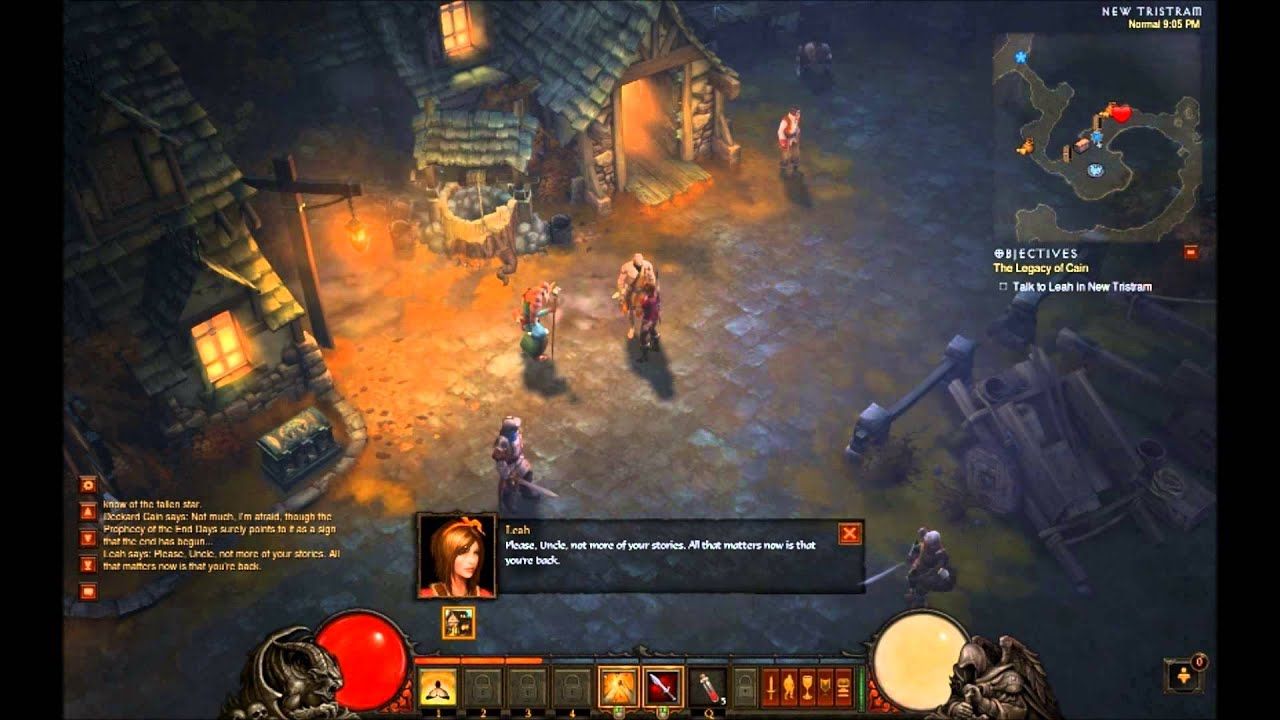 So you tell me... What am i doing wrong here? Is this really all there is to this game? Because if that is the case I don't really see myself playing this game for much longer. Of course I have not delved into online play and maybe that is the link that I am missing as far as enjoying this game is concerned.

So far I have only played as a Necromancer because I enjoy controlling minions rather than direct engagement and this is probably a big part of the reason why I feel it is "too easy."

I could of course always step the difficult up so I did so, only to find out that the step up in difficulty was an absolutely massive shift in difficulty and it went from waaaaaay too easy to impossible in my mind.

Now keep in mind that while I do play several hours of games every day, I still consider myself a casual gamer. The only "difficult" games that I have even attempted in the past 2 years or so would be Nioh (which I hated after 20 or so failures at defeating the very first boss) and Hollow Knight which I absolutely loved but then again, it was very much up to you how much of the very difficult gameplay you were going to attempt to do.

It's my understanding that Diablo 3 is one of the best-selling Blizzard games of all time and I'm just going to say that "I don't get it." The mixed bag of reviews online indicate that I am not alone in this opinion though, so perhaps my words resonate with other players out there.

Maybe I am just not a "hack and slash" type person but for me, this game, even at its really low price right now, isn't really worth buying. This also indicates to me that it will soon be one of the free games for Playstation Plus subscribers, of which I am one.

When that happens (and I would bet money that it does, despite Blizzard's refusal to do so in the past) it will not surprise me at all. I think they have sold all of these that they are going to and I guess that makes sense since the game has been out for nearly 8 years.

So what do you think? Am I right? Am I wrong? I'd love to hear about it in the comments.