I love Dino Crisis and writing about this game. I wrote about it in my PS1 Games of My Childhood, and I wrote about Dino Crisis's use of sounds. and mentioned it in a lot of other posts too. I ahve more memories with the sequel, Dino Crisis 2 because I played it first. While the game isn't a horror game and the polygon models weren't too realistic, Dino Crisis 2 managed to give my 11yrs old self, nightmares for weeks! (Yeah, I was easily scared. I didn't change.)

One of the moments that burned in my memory since then, is the first fight against T-Rex! 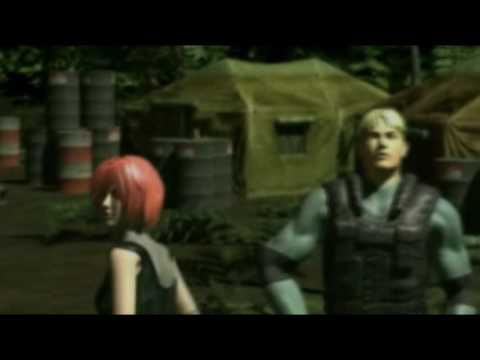 The opening of the game (you can watch it above,) was totally awesome! A team of soldiers were sent in time to save the survivor scientists who research the third energy source. Then they found the place overrun with Dinosaurs and most of these soldiers died trying to fend them off.

Then after they thought it can't get any worse. A Tyrannosaurs Rex comes out. One of the soldiers attacked it with a Rocket Launcher which hurt one of his eyes but made it angrier! The two playable characters managed to lose the dinosaur by jumping from a cliff.

I watched the opening dozens of times through the years!

The scene that was itched in my mind though happens less than hour in the game. When Dylan encounters the T-Rex the second time. 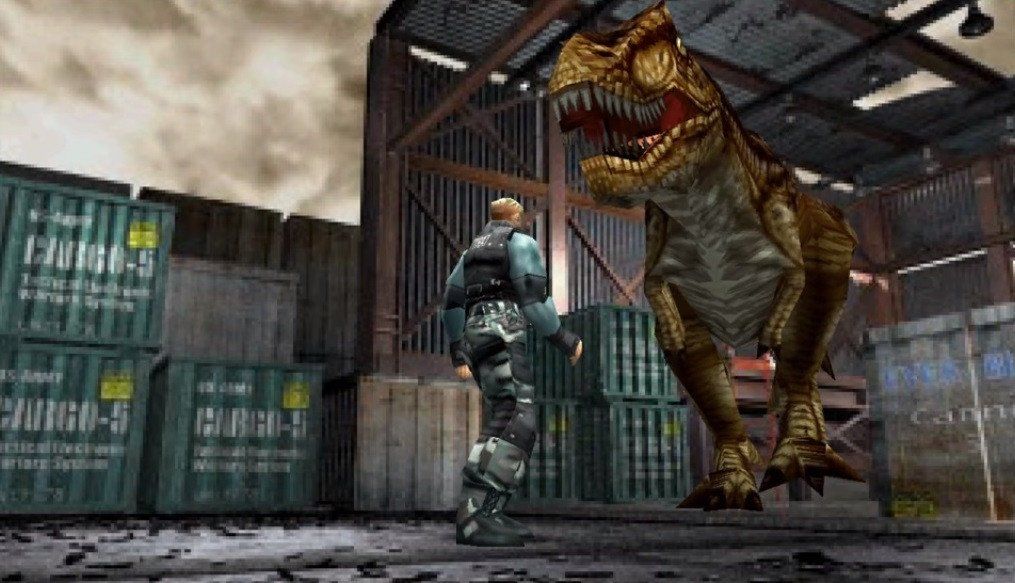 Back for more, huh?

After realizing it's the same T-Rex that was shown in the opening, (its bloody right eye,) and remembering how strong it was in the opening of the game. It sent a chill to my spine.

My shots didn't seem to affect T-Rex at all. I died against it! Then I died again... I couldn't get past the T-Rex in the few times I played the game.

Its roar haunted my dreams for weeks!

Dino Crisis 2 is one of the many immersive games of the fifth generation of consoles. While I prefer this sequel over the first one, I tend to agree that the series lost its identity with each game. I really hope Capcom revives Dino Crisis and goes back to its roots.

Until then, we could look back to these old games and our memories with them.

If you enjoyed reading this article, you can check my other articles of this series at the tag #gamingexperience. For more gaming content follow me @ahmadmanga!

First image is taken from google. Second image are taken from this Let's Play.