The Organix Chapter 2 by Unkle Bonehead

The Organix by Unkle Bonehead

“West of the rockies call….” the voice on the radio is saying. Tobe turns the radio down. He loved this shift most of the time. It’s usually quiet except for the occasional drunk that tries to make it home. Or the dummy that tries to travel across the entire state in one night. Either way the always drive way too fast for themselves to handle and crash. He pulls up an exit ramp passing 10 trucks parked on the shoulder sleeping. 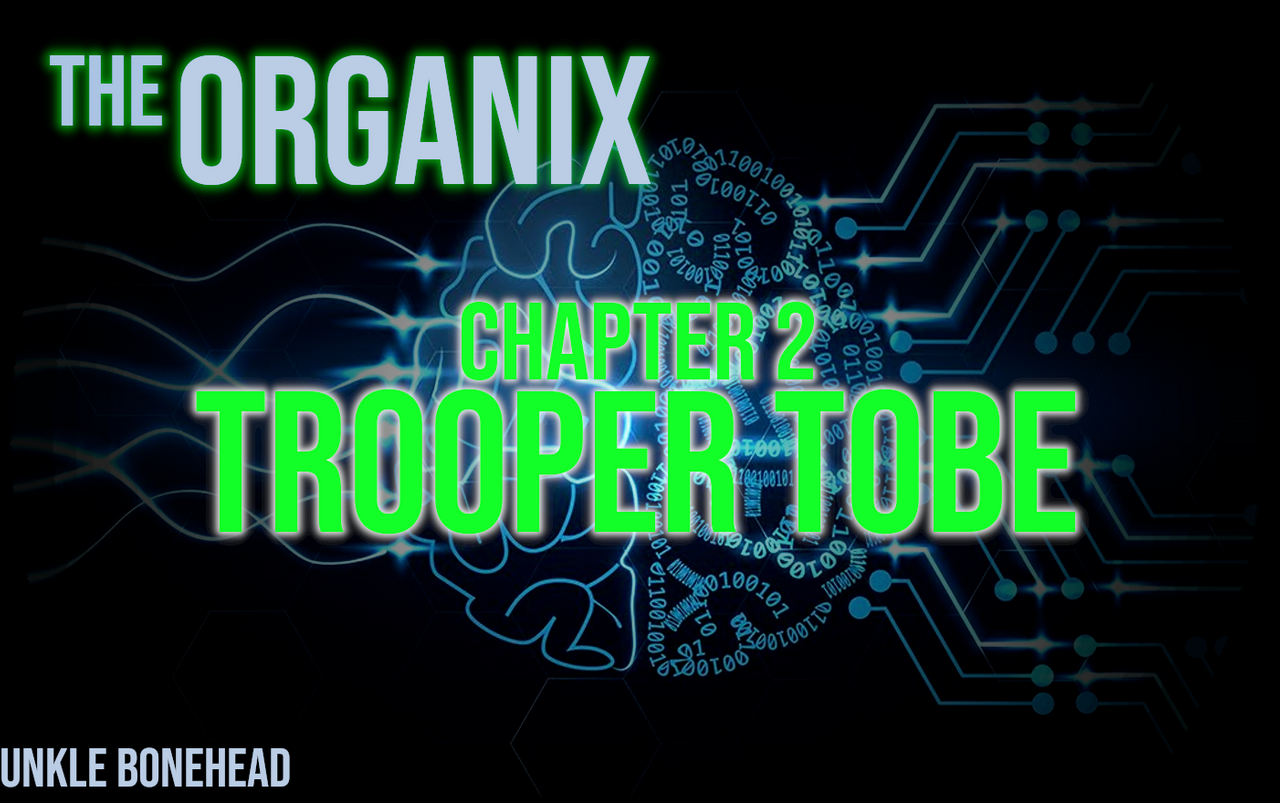 He should be giving them tickets and waking them up to move. But with the electronic log books they legally cant move. It really was the wrong time for that law to go into effect with a shortage of parking spaces for trucks. So he leaves them alone and lets them sleep since it’s safer than forcing them to drive tired.

He stops at the end of the ramp and continues over the road and pulls up behind the first truck on the entrance ramp and parks at an angle to allow for a quick, smooth shot out to chase someone down. He kicks on the laser, turns off his headlights but leaves the marker lights on. He leaves the cruiser running in idle and waits quietly. He’s technically not hiding since his lights are on and he’s parked on a ramp. But with a 75 mph speed limit there is no realistic way that anybody down on the interstate would see him until they had already passed him.

It’s six hours into his twelve hour shift and he’s already ready to go home. His wife and daughters will be getting up and around for school soon.
There goes 3 cars, 68 mph. “Not bad. It’s gonna be easy night”.
His wife's birthday is in a month and he has no idea what he should get her. She said not to get her anyth- Vroom, Vroom, Vroom, Vroom there goes 4 trucks at 78 mph. They are pushing the toleration limit and running pretty close together. But there's no other vehicles. I’ll let them slide. Their just trying to keep the wind in the sails and make time with less fuel.

Just then he sees a bright flash emanating from under the truck in front of him. Looking similar to a welding torch. Not seeing any service truck come by he grabs his flashlight and goes to investigate. He finds a burn spot in the grass about 6 feet from the shoulder of the ramp. Smoking and smoldering in the middle of it is a football shaped object glowing slightly from the heat.

“What the hell is that?” Tobe turns to see the truck driver, in his jammies and sandals standing there holding his fire extinguisher. “Is that thing on fire”? “I don't think so”, Tobe retorted. “But go ahead and spray it since it still looks pretty hot”.

The driver does and the football is instantly cooled down. As Tobe and the driver approach it to get a better look the thing begins to shake with a low quiet vibration sound like a cell phone.

It begins to bubble on the surface and is now brightly glowing a deep dark blackish green. Little sprouts of blackish green fibrous roots begin to grow and spread out from it. Trooper Tobe instinctively draws his gun from his hip with one hand while the other reaches for his radio on his shoulder at the same time. “Dispatch, I need back up and a hazmat team at exit 198, pronto!”

Mesmerized by the way it was glowing and almost vibrating the driver moves closer to get a better look. “Sir stop. Dont get any closer!” Tobe commanded. That's when the roots had reached the drivers feet. They suddenly sprang up and grabbed his right foot. Quickly wrapping themselves around it and snaking their way into and under his skin. All the way up his leg and into his abdomen. Then the left foot and leg was engulfed.

Tobe raised his service pistol and began firing at the football. Yelling at the driver to hang on. Help is on the way. He emptied his pistol but there was no damage done and the football continued to feed on the truck driver.

It happened unbelievably fast. Right in front of Trooper Tobe’s eyes. The fibers began to stretch out and engulf the man as if forming a cocoon around him. The whole thing glowing brilliantly bright blue. So bright and hot it appears as a blinding, brilliant white light. Then as fast as it started the light dimmed and the fibers receded.

The fibers retracted to the football and begin to form into an almost skeletal shape. Lifting and supporting it as if it was a skull on top of a skeleton’s body.

Up on its hands and knees now. It struggles with one leg and pushes itself up to stand firmly on two legs like a human.

It turns towards Trooper Tobe and pauses as if it was sizing him up. Tobe frozen in terror was holding his breath. Wondering if it could even see him. It didn't have any eyes!

The whole thing seemed to look like a translucent green glowing human skeleton with no skull. Just a brain situated on top of the spine.

Then the newly born creature slowly steps backwards and turns, still looking at Tobe. It begins to just walk away with a slight “I’m a bad ass” gate to it’s walk.

Sweating and shaking from nerves Tobe looks back to where he had just watched a man die. No sign of the life and death struggle he had just witnessed.
Not a trace of evidence of the man. No clothes, shoes, watch, none. Nothing but a small gelatinous pool of fluid.

Listen to my live show on MSPwaves on Sundays 1am - 3am UTC!