The hoverbike lay abandoned on its side, the engine still warm. The fine black dust carried by the incessant wind was a snake that crept in every small recess.
From the top of the dune the Tesseract 19 could be seen with the naked eye. The column pierced the black sea of ​​graphite and challenged the dark crimson sky. The awareness of his distance made him wince. That construction was enormous. That impenetrable artifact, Moloch's sharpest tooth.

Intertwined with dust, the warm wind brought an imperceptible howl: the bark of the monolith, an omen of death.

The man waited, a stiff exoskeleton bent over the black sand. The helmet lay abandoned beside him. Soon the team would have arrived.

"Soon you will arrive too and everything will be accomplished, one way or another."

He thought of her smile, her courage, her strength. "My life, how could I've been so reckless to have you involved in all this?" The tears were already kneading blackened as the memories of their happy normality swept over him.

"I can not let them find me like this". He stared at himself from outside: another tower on a dune, far more uncertain than the one that howled his feral wish.

These and other demons echoed within the chambers of his soul, when his eyes met a green sprout. The man stared that little miracle that, against every odd, was striving to affirm its existence. In the midst of that sea of bottomless ​​despair.

The tear finally found its way lingering and bathed a leaf. The man managed to pull himself together and, now smiling, he put on his helmet.

"This Moloch will tremble, time has come for an awakening." 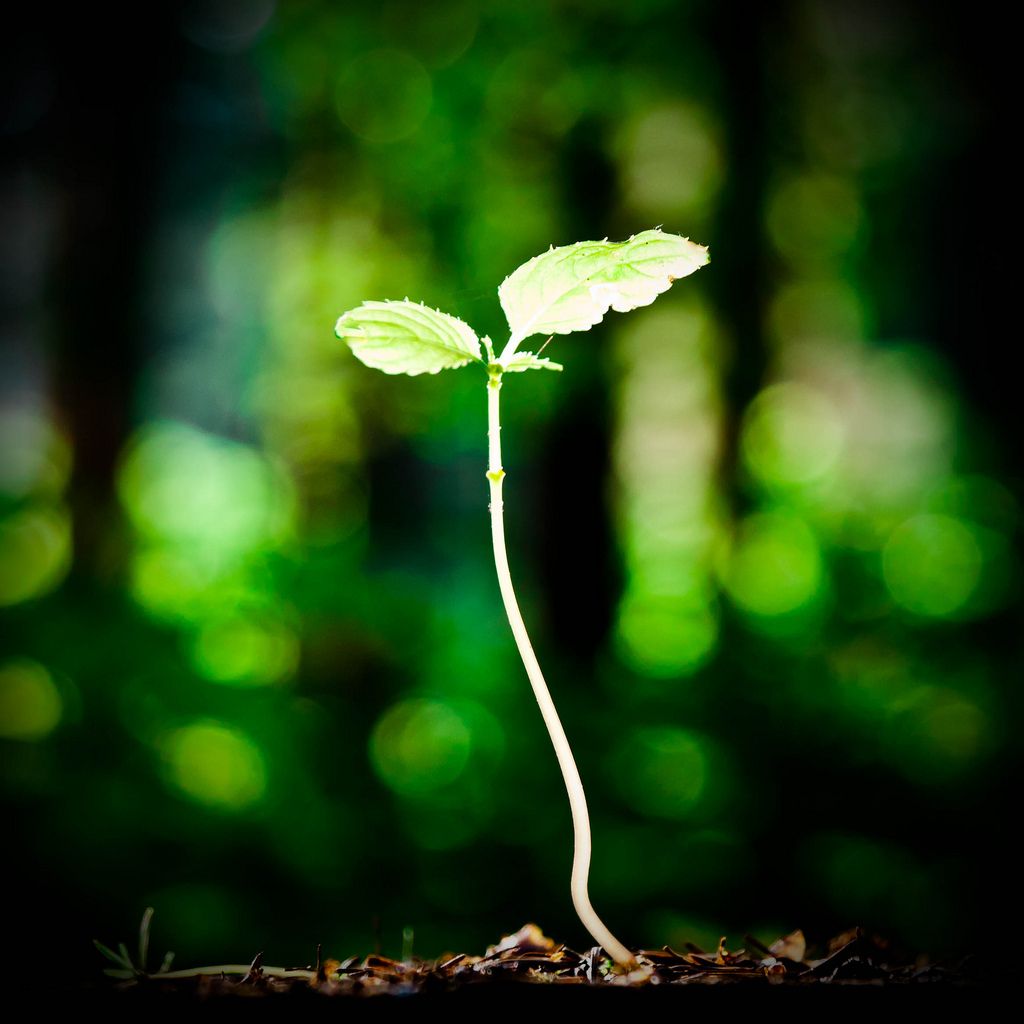 Already he heard an approaching noise, the bright buzzing sound of other sand wheels brought his germinated sad courage to further heights. He swung onto his own vehicle and moved away from the delicate plant that seemed like a glimmer of good faith to him as the team joined him.

Seven dark shadows were racing towards the Tesseract, tiny and powerless in comparison to the monstrosity that had wiped out every life in the wide perimeter and partially merged into black sand and glass. Among them she, although he had hoped against his better judgement that she was not there. Soon they had vanished, approaching their treacherous task over the dunes.

In the now entering silence another nocturnal figure approached. Unclear from where. It headed straight for the plant. Arriving at it, the figure, built of small stature, bent down and looked at the barely wet leaf, which had been struck by the mans tear. From a shoulder bag the figure took a leather vessel and gently, very gently, poured out water. Slowly the boy started to sway back and forth.

Then he began to chant in a soft - almost whispering - voice.

Gradually the plant began to tremble and seemed to grow a bit. The boy, who had begun to walk around the plant with his slow singing, now integrated a new rhythm into his steps. He walked two, stopped with his legs apart, pulled one leg scraping against the other, and so he continued to move, surrounded by dust.

If someone had watched him from a distance, a few scraps of words would have been blown over to him. He would have seen a slender boy who continued to rise into a dance, while miraculously a smaller figure next to him, moving, even growing, as if scrawny arms were stretching up and producing rooted offspring. Soon the figure would tower over the boy and the boy would still sing and dance. With one voice, a little hoarse and yet clear in intention.

Dance he had to. And chant.

The seven had arrived at the foot of the monolith some time ago. Dark, full of silent arrogance, it had presented itself to them. Bathed in sweat, six men and a woman stood there, trying to catch their breath again and ignore the biting headaches.
Nothing.
Only a few hot scratches they had been able to inflict on the massive door. They had shot with everything their weapons had to offer. But no. The man had become briefly dizzy. All the fine dust they had to inhale caused him a hammering migraine. He looked up, very far up, where a single window was visible, like a black eye.

One of the team had positioned himself from a greater distance, while the others now stepped aside and watched as he set up a kind of rocket stand. The man stood next to the woman and for a moment they looked at each other, grazed their hands. Then their friend shouted to them: "Even further away now! It's about to get loud again!" Actually, none of them believed that a stronger shell would do anything new. But what can you do?

But before he could carry out his plan, the earth began to shake. The man and the woman were knocked over and right at the foot of the Tesseract the dark earth broke apart and a thick strand grew out of it. The man was the first to react. "Up," he shouted to the others, following the flash of a green seedling's memory, "Quickly, quickly, make yourselves jump on!" And without thinking, they leapt up onto the now thickened rope, which grew further arms and let themselves be carried higher, where the window no longer laughed darkly.

Tesseract No. 19 was just a another number.

Outside, where it had begun, silence had once again come over the night. A boy had finished a dance. His voice had dried up, just like the hose with the water. He lay there motionless and would have been light to look at, so one could have seen his shiny eyes staring towards the sky and a smile playing around his young mouth.

"Every Moloch has a Besieger ... ", were his last thoughts.

This is for the Finish the Story Contest from the @bananafish s initiative. Have a look at the other endings and writing skills of the participants and join into commenting and talking about literature and motivations.

Here you find the rules of the contest. To see the other entries either click on the tag #finishthestory or look up the comment section of the promotion post.