I have selected option 31: Write a historical fiction piece about something that happened in the town where you live.

My story even keeps the original names of the protagonists. 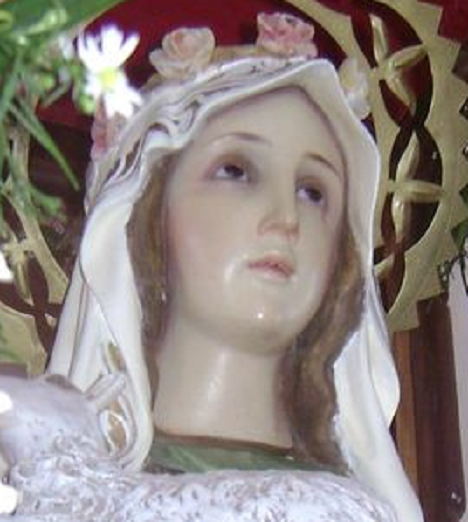 More beautiful than the virgin!

At birth she was named after a beautiful flower, Hortensia. According to some versions of her origin, it is possible that she was the ninth daughter of a progeny of nine females.

In the conservative criteria of the first decades of the 20th century, conservatism with racist overtones, a legacy of the near colonised past, Hortensia grew up under the iron gaze of her parents who warned her of an unwavering moral code. Her family's immigrant status did not seem to serve to relax a series of rules, including the prohibition for daughters to fall in love with black men, at the risk of banishment from the family home and the severance of blood ties.

When Hortensia, at the age of fifteen, gave in to Fernando's insistent courtship, she knew that from the moment this union became public, she would have to face the world alone. In order to avoid conflict, the lovers put their lives on the line. From the southern city where Hortensia lived they went to the capital of an eastern state.

In the rural Venezuela of those years it was common for lovers to run away without further ceremony, leaving a stain on the surnames of the brides' families for a time.

In the years that followed, the lovers made no attempt to rebuild Hortensia's family ties; on the contrary, they devoted themselves to living their love in the safety of the city, where Fernando was a prosperous merchant.

Ferdinand's joy was marred by the fame of his wife's beauty. Wherever the couple appeared, they were preceded by the curiosity aroused by the rumour of her lofty beauty. He began to develop an unhealthy jealousy. He stopped taking her to meetings and only felt at peace when he felt her safe among the circle of her sisters, confined to the street where her family had lived for generations and within the courtyard of the family home.

In the mid-century tradition of the city, attendance at certain events was inevitable, especially if they were associated with the presence of the church. In March 1946, Fernando and Hortensia arrived at the church of Santa Inés for the celebration of the fairs of the patron saint of the city.

The whole beautiful neighbourhood of San Francisco, the first colonial settlement of the city, was celebrating. From every street, complete families came out in their best clothes to attend the important event. The quiet streets were adorned with festivities. The wide steps invited to the open doors of the beautiful temple.

Guarded by her sisters-in-law, Hortencia received, in the presence of Fernando, a sentence in the form of an exaggerated compliment.

Bowing before her, a gentleman, who has remained anonymous, said without being able to contain himself: "Madam, let me tell you that you are more beautiful than the virgin".

Fernando exploded in rage, grabbed his wife by the arm and led her to his house, located a few blocks from the temple. Fernando's sisters followed a short distance behind.

When they reached the house Fernando turned his rage into a verdict: "You will never leave these walls again."

No one ever saw Hortensia again. Her striking beauty was forgotten. As time went by, Fernando married another woman and had children. Only Fernando's jailer sisters saw the years pass by, their own youth, and witnessed the fading of Hortensia's beauty. Forty years passed.

The children of the neighbourhood were born and grew up. The existence of a witch in the ramshackle house in Las Flores Street was a common topic in children's chats. Nobody ever paid any attention to the children's fantasies. The house they talked about was sealed when Fernando's sisters died. 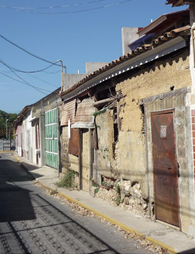 One morning in July 1986 there was a robbery in the neighbourhood. The thieves, surprised, fled by jumping over the roofs. When they stepped on the rickety roof of the house where the children said a witch lived, it gave way under their weight and, surprisingly, the unsuspecting thieves found themselves face to face with a spectre.

A skeletal form - some people say it was completely naked - with translucent skin, foot-length hair and very long fingernails rose from a makeshift bed and stood before the thieves: "Did Fernandito send you to fetch me?"

The thieves obviously didn't know what to answer, meanwhile the police were tearing down the wall, which was practically falling down by itself.

Nobody talked about the thieves any more, the news of the woman found in Las Flores Street spread through the city like wildfire. The memory of the elderly people was ignited on the spot and managed to place Hortensia in the history of the city. From there everything became easier.
There were days of police investigation, Fernando was missing, the opinion of the city was divided, some to protect him, others to blame him.

She had received medical attention, her hair and nails had been cut. Attempts to interview her by the media only succeeded in getting her to speak incoherently about Fernando.

A few days later, the authorities handed Hortensia, 72, over to two elderly sisters, survivors who lived in the centre of the country.

Two years later the news of her death arrived. The woman who had survived for forty years eating only the rice that Fernando sent her to leave with an errand boy, succumbed to the distance in which she could no longer wait for her beloved. 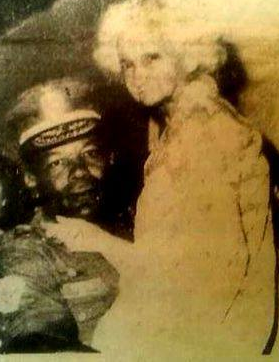 The images are screen prints of anonymous photos circulating about the Hortensia case.