I wrote in another post that the risk of being reported to Barnevernet (the Norwegian child protection service) may vary between families, and that we seem to be collecting such reports. My children has been in Russia throughout the school year, now they have vacation and the whole family is reunited in Oslo. After no more than two weeks we already wind up with yet another report.

I'm supposed to work from home those days. This morning my wife said that she needed to leave the house, and before I could complain she said: "... but the kids are sleeping anyway". Right. Only minutes after she had left the house the seven year old got up and immediately started waking up the two years old. I almost got through the morning meeting without interruptions. Afterwards the two youngest wanted to go out for a walk - she wanted to see if she could find some wild strawberry in our small local patch of forest, maybe ~150 meters from home. I told them to eat breakfast first, but she rather wanted to take a lunch box with her and eat it outdoors.

Well, why not. To me it sounded like a very good idea - much better that they went out for a walk instead of hanging around indoors at home, probably doing nothing but staring into screens. It would be better for them and better for me as I could work without being disturbed. I helped packing a lunch box with sandwiches and another box with some sliced fruits and vegetables and helped them out the door. She packed the lunchboxes down into some toy suitcase with wheels - not the best thing for going to the forest, but it was lightweight and they were not going far. The youngest is only two, sending him out for a walk with a seven years old sister is maybe a bit in the borderland ... but then again, what could possibly go wrong? I once more made sure that they would only go to the local "forest", where I could easily find them if they wouldn't come home in reasonable time.

Perhaps you have children on the age of two and seven, and perhaps you find it utterly irresponsible to send them out alone, and most probably you are right - but children are different! This two year old boy is super-easy to take for a walk - he loves it, he joins where we are going, he's holding hands, and he's not running away. The sister cares a lot for him, they have a strong bond. It was close to home. If it would start raining heavily they even had an umbrella with them - the only problem, she won't speak with strangers (selective mutism). 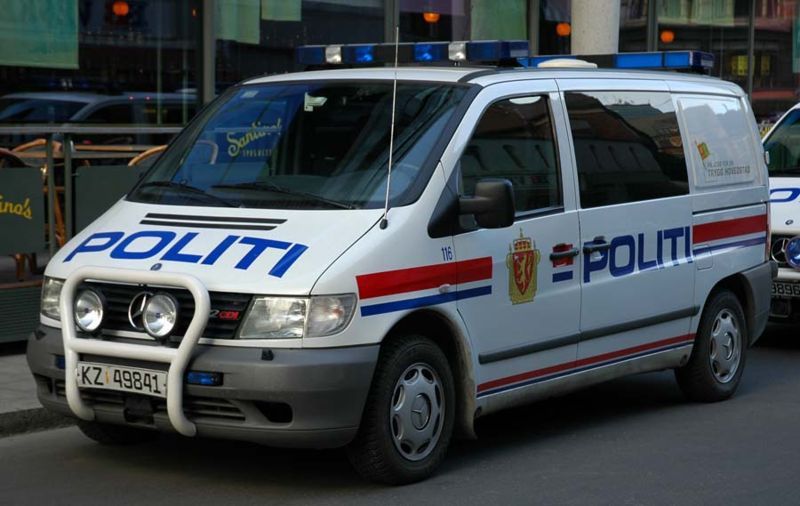 A lady with a 7 months old infant was also going for a walk in the local forest, met our children, asked questions, got no response and called the police. The police followed my children home, and as my daughter came in the door I noticed the face of a police officer at the outside of our window staring into our living room! There were four armed officers with a big van questioning me, and staying put right outside our house while discussing the case and filing a report, they requested to come in and inspect the house (which indeed looks quite messy by now), they totally spent more time at our place than what the kids spent on their trip to the forest. I considered that it would be smart telling that the kids actually lived in Russia, as it could help explain why they didn't speak, as well as why the oldest didn't go to school. That did not turn out so well when my wife came home, she insisted we were living on this address ... so there were new rounds of questioning. And of course, they will file a new "message of concern" to Barnevernet. Now we probably have to meet there once more and try to explain Barnevernet that the real problem here was the deployment of armed police, not that the kids were eating breakfast in the outdoors.

My wife is a bit more into network building than me. After getting my daughter to describe the person she had met, and considering it must be someone that has newly moved into our area she soon enough had a name on her block. Together with a friendly neighbour they decided to pay her a visit, so she confirmed she had met them and reported it to the police. It's for sure a dilemma on what to do when meeting children that looks like they are a bit too young, a bit out of the place and won't speak.

We (as in me, my wife and the 7 year old girl) are still quite shocked from the happenings today and wondering what we can do to avoid this in the future. I strongly believe it's good for children to enjoy the outdoors and visit neighboring children without having to be followed by adults all the time, but by now we don't feel quite safe in this country.