It's my impression that Barnevernet is well-known abroad for being one of the most aggressive Child Protection Services. By now I have years of first-hand experience with Barnevernet, and particularly nine months were rough - they decided to take all our four children away from us! I will probably write some few posts on our personal experiences, but that's outside the scope for this post. 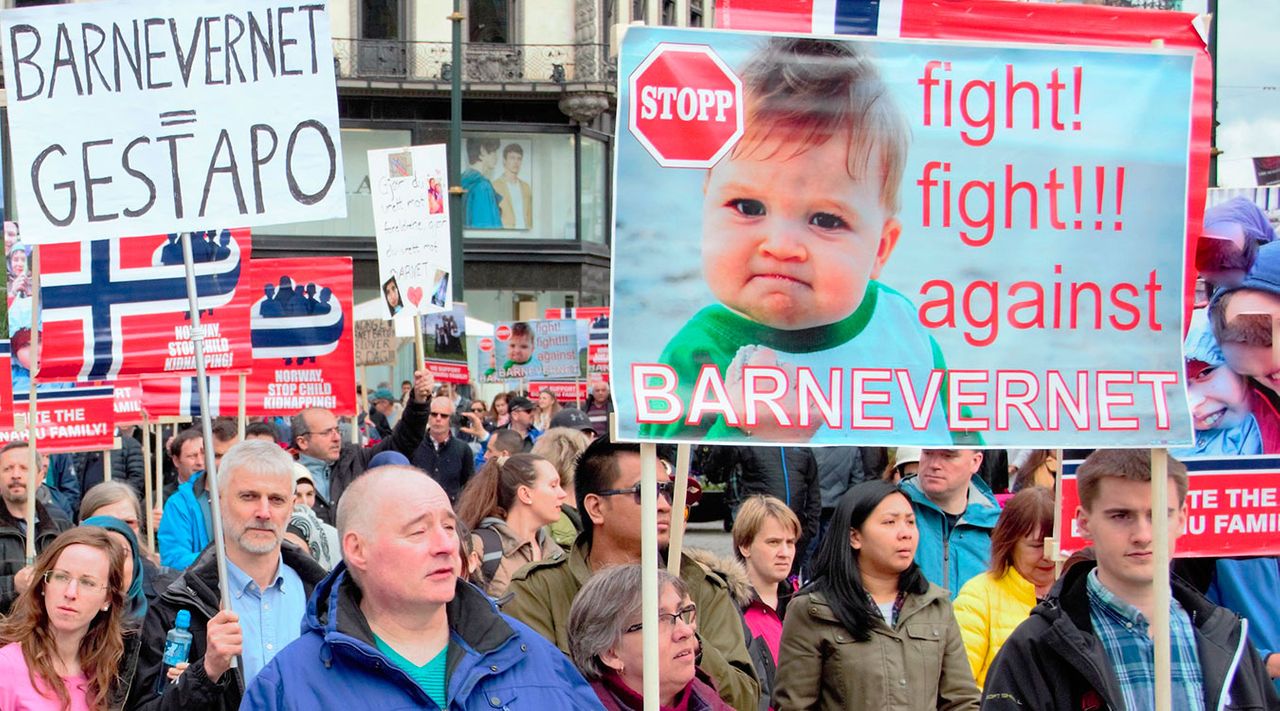 I believe we're rapidly towards a DDR-style society here in Norway, people are encouraged to report anything and everything to Barnevernet. Schools, kinder gardens and health authorities are even mandated to file reports if they have the slightest worry that a child is having problems at home. One should be very careful seeing a doctor in Norway - everything is archived, and everything can be used agains parents should Barnevernet decide to open a case. You wouldn't believe what the dentist reported to Barnevernet in our case ... but that's for another post.

Such reports to Barnevernet wouldn't be that bad if they would be doing a proper job of helping families. Yes, that's right - Barnevernet's primary purpose is to help children in need, most often that actually means helping the families. The "nuclear option" of taking a child out of a family and placing it into another is only supposed to be used in very rare and extraordinary circumstances. It probably would all be good and dandy if it was an organization filled up with competent, well-intending employees, meeting parents in an environment of trust and cooperation.

Barnevernet is actually not one organization, it's like one separate organization for each municipality (and in Oslo, each district of the city). The statistics are very different from one municipality to another, the thresholds for splitting up families differs - so there actually exist municipalities where Barnevernet actually are helping families rather than breaking them apart.

In other municipalities Barnevernet is having a very low threshold for breaking families apart - hence Barnevernet is an organization to be feared, an organization one absolutely should avoid - to the extent that one every now and then has to work like an actor and pretend to be a perfectly normal, average and sane parent. To the extent where one really wants to hide the bruises the child got on the playground - etc. I think there are more than 40 cases involving Barnevernet that has been liftet to the European Court of Human Rights, and I believe that in all cases they have concluded that Barnevernet should have been working harder to maintain the integrity of the family rather than breaking the family apart. While the municipality pays for helping a family, it's the state that pays when a child is taken out of a family. Since Barnevernet is financed by the municipality, they have a clear financial motivation for breaking families apart, this could be one reason why Barnevernet is so aggressive in some municipalities. There is a big stigma having contact with Barnevernet. First time I had contact with Barnevernet I found it utterly embarrassing. I really hoped nobody I knew would see me at that place, and I made up stories on why I had to leave the office every now and then for their meetings. I really disliked that Barnevernet would take contact with school and ask for information - and rightly so. When Barnevernet is involved, many people assume there is something wrong with the parents. This can reflect back on the children and make their situation even more difficult. In our case, the biggest problem really was at school - but since Barnevernet was involved, the school could easily assume that all problems had to be at home, so they didn't do anything to improve the situation at school. We were supposed to get help from some special pedagogics to look into the situation at school, but when they learned that Barnevernet was involved they assumed the problem was at home and not in school, so we didn't get the help we were entitled for. When Barnevernet is querying for information, quite many seems to think ... "oh, here are some bad parents - let's help Barnevernet and send them all the bad information we have on them". Even in court some circular arguments were used against us. We (me and my wife) really want to take our experiences out in the public by now , but we're frequently reminded by people who care about us that this is a private sensitive thing that does not belong out in the public.

To receive useful help from Barnevernet, it's needed with mutual trust and cooperation. That's quite impossible when Barnevernet is better known for breaking families apart than for helping families. I believe that's (possibly) the biggest problem with Barnevernet - it's a Dr Jekyll/Mr Hyde-style monster that generally cannot be trusted, that it may be difficult to cooperate with. Due to the surrounding stigma that most parents won't talk with anyone about their experiences with Barnevernet, that's also a problem.

The current situation is very bad, something needs to be changed - both on the organizational level and even the name. The reputation is too bad, both in Norway and abroad, and it's too much stigma with it. We need a new organization that actually helps families in need of help, an organization that does not have the power to split up a family. Every family and every parent could need some help and guidance every now and then, the organization should rather ask "how can we help you" rather than "are you actually a good enough parent"? The organization needs to be so friendly that the parents themselves would contact it whenever they feel that parenting is difficult. Perhaps such an organization shold do a "checkup" on all parents and children every now and then, that could resolve the stigma problem - then it wouldn't be embarrassing taking some hours off from work for a meeting with this organization. If I one day should be knocked out by the flu, I should be able to call there to get help feeding the children and send them off to school. Barnevernet would rather question me why I prioritized staying in bed over feeding the children and would record in their archives that I was mistreating the children on that day.

Abusive parents exists, and in some cases it is really bad for children to stay with their parents. I do consider it to be a real problem, and there is also the flip side of the coin - there are actually many cases in the news where one can read that Barnevernet was doing wrong by not intervening in cases where the children really are abused. I don't have the answer on how to deal with it. I've heard that in some countries it's a police job to do research on such cases, after all child abuse is criminal. Indicted criminals actually has rights in Norway - far better rights than parents suspected of not taking proper care of their children. The idea seems to be that it's better to act early on circumstancial evidence and break up too many families, than to only act on hard evidence and risk that only a fraction of children being abused actually gets help to get away from their parents. Being a part of one of the families they have tried to destroy, I must say that I quite much disagree with this concept.