Lingon the mysterious blue-eyed tribe inland Halmahera, Indonesia - It is said, there is a story that says that this tribe actually comes from Europeans who can not go back to where they came from 300 years ago. 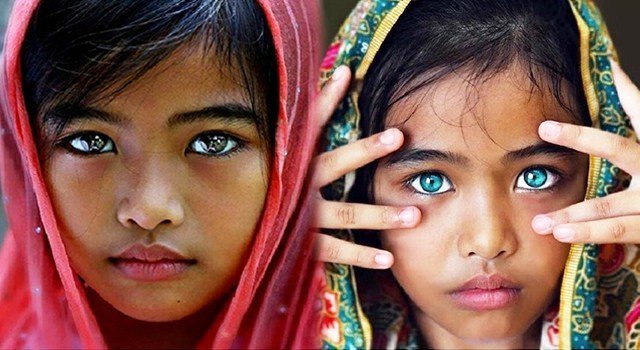 Steemians - Indonesia is an archipelagic country in the Southeast Asian region. Various kinds of tribes exist in Indonesia, because Indonesia has 34 provinces in each province has its own characteristics to the tribe.

In spite of it all, there are still many indigenous tribes that we have not known, among which there are tribes that are still very mysterious existence. One of them is Lingon tribe one of the mysterious tribe that is in the hinterland of East Halmahera forest, North Maluku Province, Indonesia.

History of the Lingon Tribe. 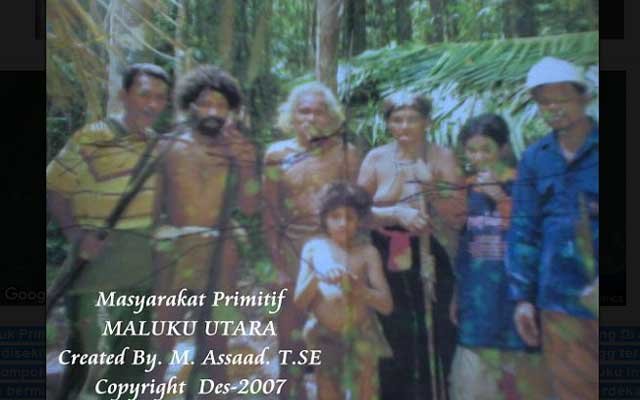 Perhaps, there are still many people who do not know the Lingon tribe because the existence of this tribe is still mysterious. A little explanation about the Lingon tribe, so this tribe is one of the tribes in Indonesia which is in North Maluku province, precisely the hinterland of East Halmahera forest.

It is said, there is a story that says that this tribe actually comes from Europeans who can not go back to where they came from because the ship that they were riding drowned. The story begins with the discovery of a ship that sank near the waters of Halmahera, which is predicted to be 300 years old. The ship allegedly originated from and transported the Europeans in an accident and eventually drowned in the waters of Halmahera.

Survivors can not go back to their place of origin and try to find a place to live and settle on the island. But unfortunately they lost in the struggle for territory with local people due to lack of weapons to defend themselves, eventually they went deeper and settled amid the forest is in the middle of the hinterland of East Halmahera forest. It was here that the Europeans then built settlements, and formed a community of people, called the Lingon tribe.

There is also a saying that the Lingon tribe comes from the remnants of the Portuguese who hid in the forest long before the independence of Indonesia to survive the war. And some say that this tribe has a mystical power that causes them to have blue eyes.

Physical Character of the Lingon Tribe. 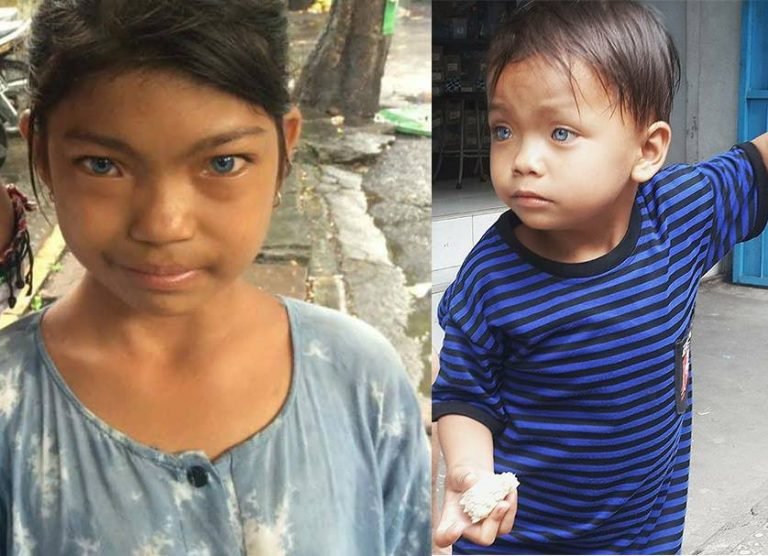 Physically, the Lingon tribe is not of the weddoid, melanesian, polynesian, or mongoloid races as the average population in the Halmahera region as well as the Southeast Asian region in general.

Because race, this Lingon tribe belongs to the race of caukasoid, like race from Europeans! Lingon tribe has a high posture, white, blond and green-eyed and blue, although some are somewhat blackish-haired, but basically Lingon tribe has a physical structure that is different from the people of Southeast Asia.

Population tribe is still unknown to its existence, even mentioned almost extinct. In the past this tribe often get threats and disturbance from coastal tribes living on the coast, where one of them is Tribe Togutil. People from the Togutil Tribe often try to kidnap the Lingon Tribe girls who are famous for the European beauty.

However, the stories can not be ascertained. The discovery of shipwreck, the rest of the Portuguese, and also the mystical power possessed by this tribe until now has not been proven because of its still mysterious existence.