Hi again everyone! I like to think this is how I look when I am deep in thought. It was a crazy end to this latest season. There was a mini upheaval with the change to the end of season rewards to be determined by what league position you were at instead of the highest league achieved. I am pretty sure this change was announced a few seasons back but was only implemented this season, so maybe a few new joiners were not aware.

I had discussed this with several guild mates and predicted that rental prices will go berserk on the last day and I was right. Even Peakmonsters went loco as there were too many transactions happening on the blockchain. It was impossible to rent anything at a reasonable price. I saw GF cards going for 100 DEC when on regular days you could pick them up for less then 1 DEC. There needs to be a fix for this to prevent this level of profiteering. Potentially highest average rank for the season or EOS league position, whichever is higher. Pretty sure this would require a little bit of background work, but it would reduce the last-minute rank push and rentals.

On the plus side, we were going to be able to get the new reward cards which look awesome btw. So big thanks to the Splinterlands team! I was lucky enough to scrap into Diamond 1 with my 400,428 rental points 😊 and got 60 chests…. woohoo!! Just needed to wait for my little lucky charm to wake up as I promised her, she could click through all the chests.

Several long hours later
After breakfast, we sat down and could finally opened the chests. Expectations were high as I was looking through discord and some people scored some really nice cards. As I have a touch-screen monitor, we could literally touch the chests and see them open. But it was not to be as I ended up with 20+ potions, a little DEC and lots of the new cards, but none higher then a rare. 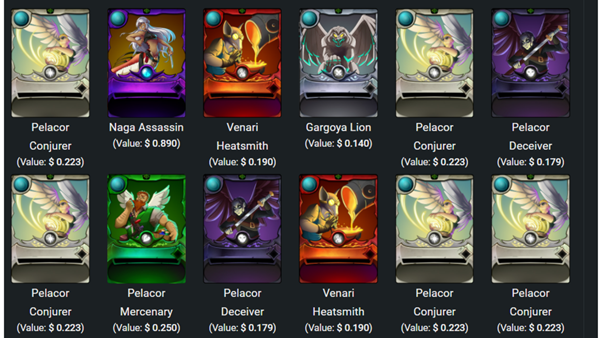 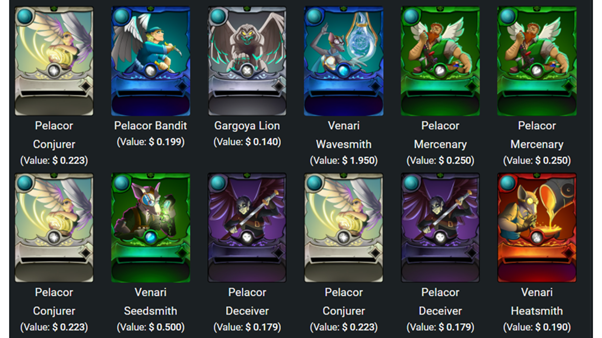 Definitely disappointed with what I got, but having been gaming for so long, I have come to appreciate that RNG is RNG, and you can’t fight it. It was simply rewarding seeing the smile on my daughter’s face as she has never seen so many cards being opened before.

While I appreciate all the cards we are getting, I am concerned about the DEC we are getting for both battles and chests. Being a renter, DEC is very important to me and I would prefer not to have to sell my cards to fund my renting. The Chaos Legion packs can’t come soon enough, I just hope I am able to snag a good bunch at a reasonable price.

Thank you for reading and it would be great if you could share your thoughts on this season’s changes and the rental/DEC issues we are facing.