Question: Why would federalism be preferable to Unitarian governments? @leighwelch
/@leighwelch/week-08-questions-reclaiming-federalism 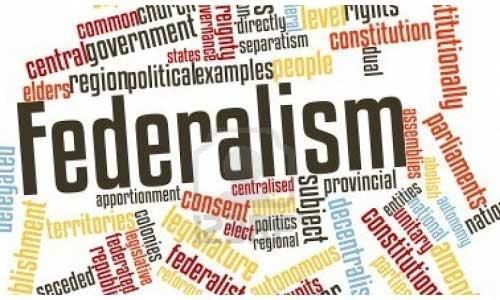 In a federalist government we have more freedom. Our government is our main power, but it is broken up into 3 branches of government. For example, there are many steps for a federal law to be put into place. A federal law starts as an idea and then it moves into a motion. There must be a sponsor of the bill/law and it is usually a representative. Then a committee must study the law and make sure it is a good one, it can be realistically followed, or if there is one that either clashes with it or is alike. The bill/law moves to the senate and then the process starts over. The committee looks at it and if there is nothing wrong then it moves to the house and the senate to work out any bumps and after it passes the president has 10 days to veto. For a state law (depending on the state it will be different) the idea is formed. Then a representative decides to sponsor. After other people join as co-sponsors, they draft the bill and then the research begins. It is basically the same process of the federal except there are forms filled out, more meeting time, and the governor can veto it. The reason we have the researchers whenever states and the government is trying to pass a bill, so they don’t affect other laws previously made.

I think federalism governments would be preferable to Unitarian governments because it could be a lot to keep up with. If there is only 1 voice to hear things won’t get confused. On the other side, the state may know better than the federal government. If the state hears from the people and create laws to protect the people of that state, it is working. If we destroy local governments, we destroy many voices. The form of government we have now is to listen to all voices and if there are ways to destroy it, it will crumble. Some think 1 voice is more powerful than 2 but some disagree. Therefore, whatever government style works best for that area is what they should do.