I have been running a demo node for experimental reasons and will share them with the public. 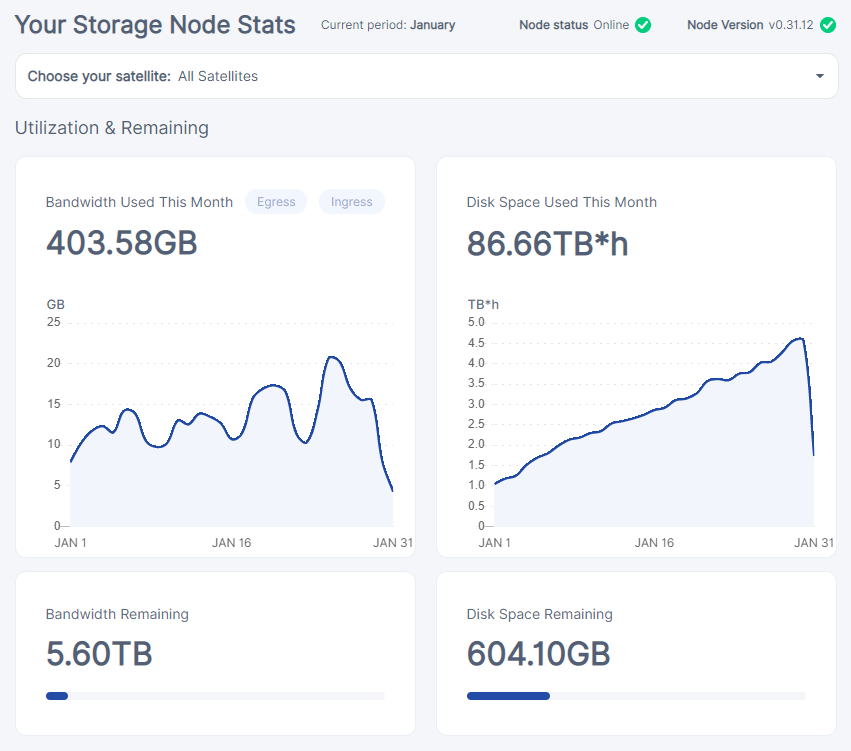 This month was really great in terms of the expectations I had. The trend kept increasing and I have actually doubled what I was thinking I could have at the moment.

Unfortunately due a failed node restart I might have had around a few hours of downtime, but that, according to the stats of the node, did not made much difference on the uptime percentages I have. I am still around the 90% uptime (that should still go up because I started with something like 50% but never have been actually 50% of the time down). 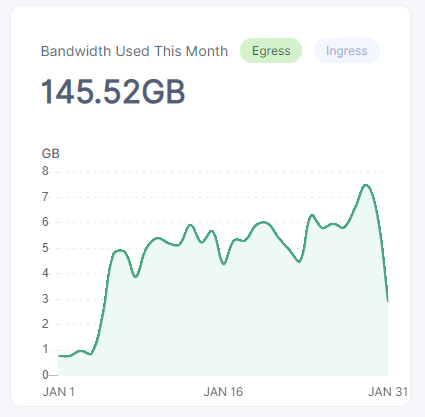 They have persistently kept the trend... and aside from what I was expecting, they did not quite hurt my ISP. I was thinking the router would go nuts with the QoS to avoid constantly hitting the max of the router processor capacity, but it's working quite well with all the devices at home.

I use multiple routers at home and there is one this is sometimes giving me problems, but that was there before me deploying this demo. Plus, that one is not actually in the way of the demo node, so does not even count. But I am always watching, just in case, you know.

I am going to be honest with you, with automatic updates this is really unnoticeable. There is a new notification area (at least on the windows version) but it is not giving me any notifications so far. So I don't quite know if it's really working.

Either than that I have not noticed any further updates on the visual part of the Windows Storage node. 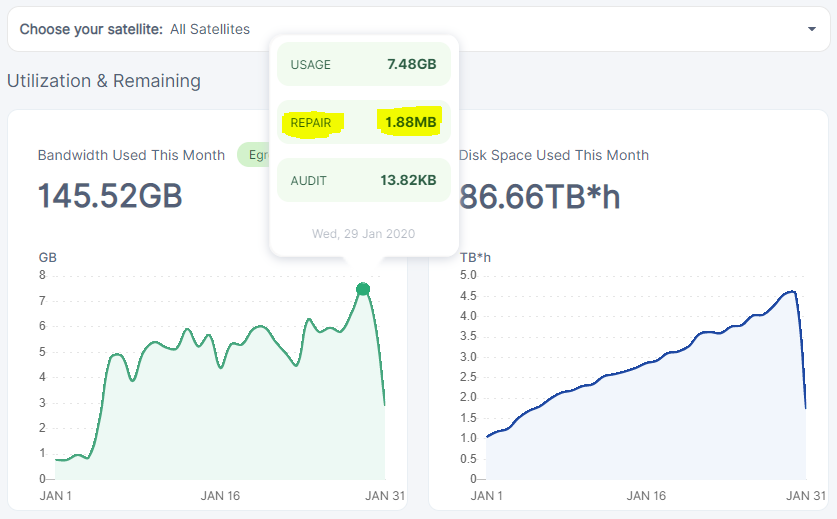 That's right, I have already helped other nodes repairing their data by having them using my node to reconstruct data that was lost during nodes going offline. It was only twice this month, but I am guessing the more data you hold in your node the more likely this will happen. 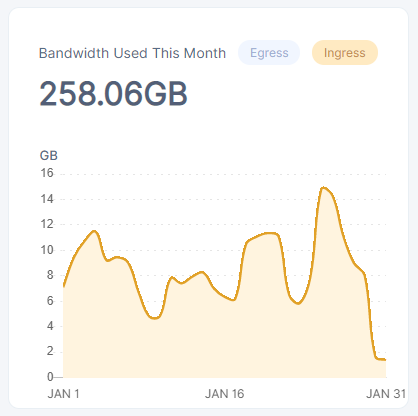 Data has been going and coming. Meaning I have been host of data that get's deleted or expires for some other reason.

Trendily I expect that data downloads will be lower than uploads sometime soon. January was already some kind of a good example. But as the node storage capacity gets used, I am guessing the differential will be even higher.

Since the beginning I have noticed that my node gets a always (everyday) data from repairs... I am assuming this is data that needs to be replicated due other nodes going down and not data from a newly started upload.

I need to wait a few days for the payment to get in, but I will let you know (by updating this post) as soon as it kicks in and I am able to share it.

There will be on tomorrow, but because I am on +13 Timezone, it is going to be at 5 AM on GMT+13 for me. So probably I will not be logging in. Depends if I get early because of a earthquake or something else, LOL.

So far, all great. If you have questions, checkout the Forum or the Blog section. Both have been quite useful to me. If you are looking for documentation on how to set up a node, then check the documentation page.