What I really enjoy about Steem: Every author has a say.

You can influence posting rewards and vote for witnesses.
If you write posts, which other people like, you can get more influence.
This allows for a potentially very decentralized platform.

When I first found Steemit, rewards were distributed in a 'curve': n² or n^2.
This meant, that if a post had 2x as many r_shares as another one ( or in other words: twice as much voting power allocated to it ), it would get 4x as much rewards.

This was designed to create a curation process, where writing good posts and voting for good posts gets rewarded; If authors accumulated their votes on one posts, they could increase their influence on the reward pool by magnitudes.

To me it meant, that in theory, one day an author could write a post that simply everyone on Steem likes and that post would get the majority of the posting rewards on that day.

To a lot of others it meant, that if they lent their posting keys away to an agent, who then curated for them ( and a lot of others ) they could increase their own share of the reward pool. Sadly, a lot of these 'authors' got their initial share very early and apparently very easily ( by mining STEEM, being a witness early, knowing the right people, or some other ninja-moves ).
They never cared much for reading, but mainly for profits.

This is where curation initiatives were born:
By doing more 'behind the scenes' deals, some authors managed to get other authors to collude with them and vote for the same posts.
They formed 'guilds' and effectively a very small number of people decided over the majority of posting rewards on Steem. This led to even more collusion and other shady transfers ... I'll skip the rest ...

If you go back to my initial statement, you can see, why this really ... annoyed me.

I wasn't lucky enough to be just given a stake.

I had to post for my Steem Power and while I was rewarded quite handsomely for my mediocre writing and drawing skills, I feel like I had to work for it.
Naturally, this affects the way I feel this blockchain should work.
I am aware that perhaps that isn't he best way ...

Before I vote, I check, who the author is and what they do on Steem.
If they don't use their stake in a way that I like, I might not vote for them, regardless of their content.

The curation initiatives seem to prefer authors, who mostly cash out and keep their votes within a tight circle of authors, who also seem to be involved in the guilds. Either way, I always felt like these posting rewards were 'lost' to abuse. Then, with HF 19, the way rewards are being distributed, changed;
There is no more curve.
This was meant to stop abuse of the reward distribution process.

However, linear rewards made accumulation of votes and collusion pointless.
A vote has the same influence on the reward pool now, regardless of what content it is for.

This did not stop curation initiatives, which is even more bizarre. 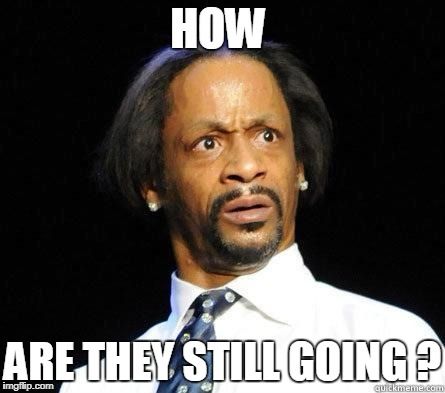 Apparently, a lot of shares are in the hands of people, who either can't do math or don't care about their personal profits.
I would absolutely understand, if they were lending their voting power away simply to increase the value of Steem and its applications.

If the value of STEEM increased by some percent they would have a lot more to gain than what they could get from draining the rewards.

Curation initiatives were meant as an improvised tool to aid the redistribution of Steem Power, but I never bought into that.
Some of the Steem Power has been redistributed - I am an example for that.
I have some of it from consciously farming the curation initiatives.
From that experience, I know that it was mostly based on who you know ...

As someone who is mainly an author on Steem, I can't help but look at the wallets of the players involved in the curation circles.
I am sure they all had great intentions when it started ...

I honestly believe everyone can bring the most value to Steem, by just actively voting for what they like.

Most curation initiatives end up distributing mainly to their 'curators' and themselves and before you buy into their operations, I recommend you look at where the money is going at the end of the day.

To me it's an open invitation to abuse.

The results speak for themselves, but I felt like writing this rant anyways.
Also, I will never write curation initiatives again, unless to link to this post.