Novavax is testing a new coronavirus vaccine on human subjects for the first time, launching a phase one clinical trial with a massive grant from an agency founded by Bill Gates, kicking off a storm of concerns online.

The Maryland-based pharma has begun its trial, which will dose some 130 Australian participants with the new inoculation, hoping to see results as early as July and proceed to the second phase.

“Administering our vaccine in the first participants of this clinical trial is a significant achievement, bringing us one step closer toward addressing the fundamental need for a vaccine in the fight against the global Covid‑19 pandemic,” Stanley Erck, Novavax President and CEO, said in a statement on Monday night. 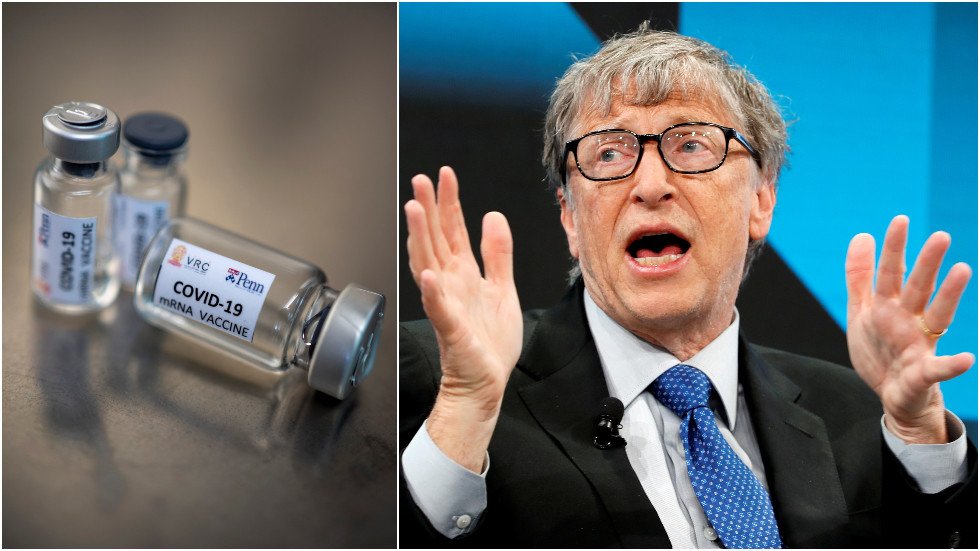 We look forward to sharing the clinical results in July and, if promising, quickly initiating the Phase 2 portion of the trial.

The new initiative got off the ground with a massive $388 million-dollar investment from the Coalition for Epidemic Preparedness and Innovation (CEPI) – its largest donation to date – a public health foundation established by billionaire Bill Gates.

In doling out his vast fortune to a number of similar health initiatives over the years – primarily through his own Bill & Melinda Gates Foundation – the Microsoft mogul has drawn intense suspicion and doubt from the conspiracy-minded, who posit that Gates is committed to a “depopulation” agenda to rid the planet of its useless eaters. News of Gates’ connection to the Novavax trial set off alarms for some netizens, many warning the project is “not to be trusted” and urging Gates himself to volunteer to be the first guinea pig to receive the rushed-out vaccine.

Novavax is not the first US biotech firm to launch clinical trials for a coronavirus inoculation, however, with Massachusetts’ Moderna rolling out human testing in March and reporting positive results – to which internet sleuths have yet to discover any ‘damning ties’. At least five other vaccines are underway elsewhere, including three in China and two others in the United Kingdom and Russia.