Some scientists believe coronavirus, which has already killed thousands around the world, could be a pandemic. RT talked to US & Russian medics about the challenges of containing the virus and chances of surviving the disease.

The novel coronavirus which originated in China has long expanded beyond its borders, infecting thousands in South Korea, Iran and Italy. It seems that the sometimes drastic measures taken by the Chinese and other governments to contain the deadly disease were only partly successful.

So, what exactly are we facing? And should we prepare for the worst? 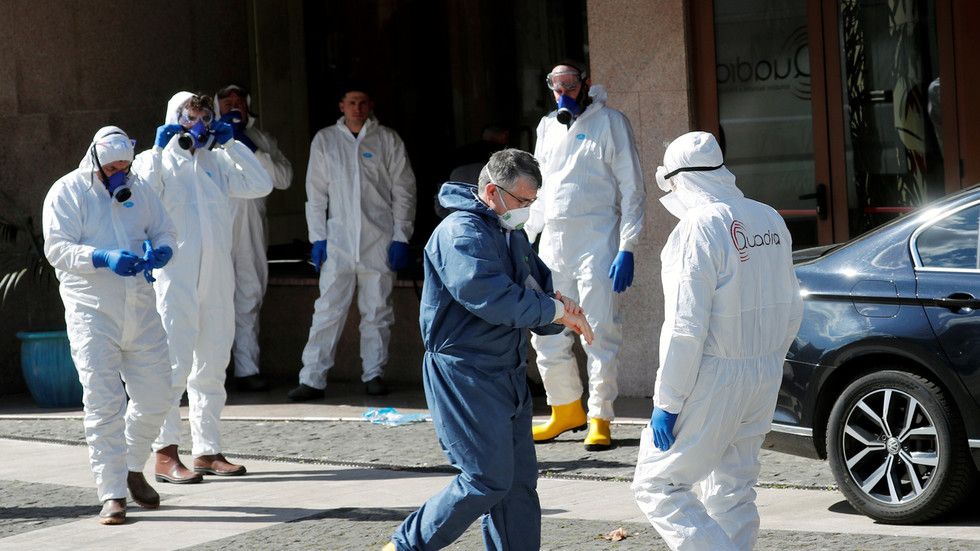 What is the novel coronavirus?

In fact, the scary virus worrying millions of people around the globe is neither new nor unique. Many of the large family of coronaviruses co-exist with humans without giving any trouble.


“We are aware of at least 40 coronaviruses,” Michael Favorov, a world-renowned epidemiologist and a US Center for Disease Control and Prevention (CDC) expert, told journalist Anton Krasovsky for RTD’s ‘Epidemic’ series.

Dozens of them can be contracted by humans and most of them “cause only minimal symptoms and pose no threat,” because they adapted to the human body and people developed immunity, the specialist, who also worked as the Deputy Director-General for the Translational Research Division at the UN-founded International Vaccine Institute, explained. The problem with the novel coronavirus is that it was only recently introduced to humans from another species – most likely a bat.

When the bats, which serve as a natural reservoir for the virus, have an epidemic of their own, their viruses develop billions of forms, one of which could be capable of cross-species transmission, Favorov explained. And that is what most likely took place in Wuhan, where the new disease was first detected.

Such a virus is not adapted to the human body and could very well “destroy” the cells of the host, leading to a more severe form of disease and potentially life-threatening consequences, the CDC expert warned. Yet, the virus adapts and those, who get infected later, could develop less severe symptoms.

Who faces the greatest risk?

Although anyone could be potentially infected, elderly people tend to suffer more from its effects. While confirmed cases among children have been quite rare so far, those increase rapidly in people over 20. Lethal outcomes are higher among patients in their 50s or older, the analyst said.

Favorov explains that the virus mimics a useful protein consumed by human cells. It seems that the cells of an older organism require this “useful” substance in much larger quantities and thus fuse with the virus more actively.

“The level of exposure is important,” he said. “In everyday life, we are not usually exposed to such a significant number of viruses,” he added, pointing to the fact that the number of confirmed coronavirus cases has been particularly high among medical specialists, who routinely come in contact with various diseases. “The medics fall into a separate risk group.”

What could happen to a person infected with Covid-19?

What makes coronavirus dangerous is that if an infected person develops acute pneumonia it might be quite difficult to treat. “The disease has four stages,” Aleksandr Chuchalin, Russia’s top pulmonologist and a member of the Russian Academy of Sciences, explains.

“The first stage looks like a relatively harmless cold and lasts between seven and nine days,” he told RT. For many people, a coronavirus infection could well be limited to these light symptoms but others could develop viral and bacterial pneumonia if the disease breaks immune barriers and finds its way into a previously sterile environment like lungs.


Should medics fail to contain the disease at this second stage, it could further evolve acute respiratory distress syndrome – a life-threatening condition that can only be treated with the help of an artificial respiration unit. Even if patients survive through this stage, they could end up with their immune system suppressed to such an extent that another lung disease could kill them.

“Half of the fatal coronavirus cases involved people, who remained on artificial respiration for a long time and their alveoli were eventually infected by fungi,” Chuchalin said. The pulmonologist also warned that there is still no effective treatment against coronavirus itself while a standard anti-microbial treatment could be inefficient in case of pneumonia caused by this virus.

“Immune stimulants would likely be needed as well. Yet, it is still unclear which ones exactly we need to use,” he said.

Such a situation elevates potential risks for people with chronic respiratory and lung diseases such as bullous emphysema regardless of their age as well as those suffering from diabetes or cancer.


Is it the deadliest of all?

The virus has already killed almost 3,500 people while infecting more than 100,000 in the world, demonstrating a 3.5 percent mortality rate. By comparison, a regular flu has a mortality rate of about 0.5 percent. Yet, since the flu is much more contagious, it has killed much more people than coronavirus over the same period of time, if one looks at the absolute numbers. For example, in the US alone, the flu killed as many as 18,000 people this season, according to the CDC.

It also depends on the particular strain of the virus a person gets infected with.

“Everything depends on where you got the virus,” Favorov explains. The medic pointed to the fact that coronavirus mortality rates are different in various countries. “In South Korea, it is 0.5 percent while in Italy, it is about three percent. That means that a local ‘patient zero’ contracted a virus from China that had not yet adapted to humans.”

In fact, according to the data provided by the European Center for Disease Control and Prevention, the coronavirus mortality rate in Italy currently stands at about 3.9 percent, which is even slightly higher than in China itself, where it is 3.8 percent. Such figures might well be a source of concern for Europe.

Should we rush to get tested before symptoms arrive?

Unfortunately, going through the test for coronavirus in advance is largely senseless, Favorov says, because the existing tests developed in various countries are ineffective since scientists simply lack the biological material to develop more precise algorithms.

“We will only have enough material in six months,” he said, warning that the current tests could fail to detect the virus in the human organism and could even suggest a person is infected when it is not the case.

Testing only makes sense for those who display clinical symptoms.