Warriors Come Out and Playyyyyy 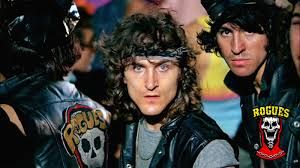 Some movies are just special to me, because of the era, who I saw the movie with and a host of other reasons.

What is the movie the warriors about?
A turf battle between New York City street gangs that rages from Coney Island to the Bronx. The Warriors are mistakenly fingered for the killing of a gang leader. Soon they have every gang in the city out to get revenge and they must make their way across the city to their own turf.
The Warriors/Film synopsis 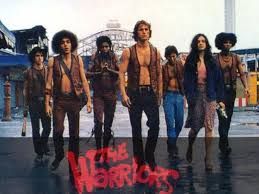 The movie went on to gross $22.5 million at the box office and I'm sure a lot more since then, because I would say it falls under the category of a Cult Favorite.

Now from my perspective why this is one of my favorite movies:

I mean the list is endless. I could probably write about 10 posts on every single favorite part of the movie of mine.

BUT, my coolest memory about this movie is unforgettable; because I was just barely a teen. Probaby 12 or 13 when:

Remember the scene, where the Warriors are being chased by the baldies who were packed into that bus? That was under the East New York train station. Minutes from my home. I was able to see them shoot that part of the movie and then watch it in the theater. As a kid that was MONUMENTAL.

This movie represents Cult Favorites to the maximum, because it has everything an enjoyable movie should have from A to Z. 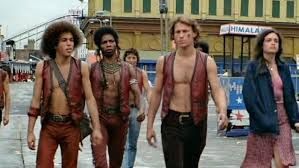 If you watched the movie, what were your favorite lines and scenes?

If you haven't watched the movie, add it to your list of must see flicks.