Time flies! Just completed the 12th brawl with my awesome guild, which is none other than Pizza 2 The Deep Dish!

For this brawl, I decided to stick to what I fought in the last fray, which was Fray 6, which was 3/2/2/1. I felt I was starting to find my grove and this fray is neither too difficult nor too easy for me. Fortunately, I had Yodin Zaku with me as I was doing Fire for Daily Focus! Unfortunately, there were not many fights that were suitable for me to use Yodin.

So for the final result, it was a close fight and we finished 4th out of 10 guilds and got 754 Merits!

Individually, I had 7 fights this time and I managed 4 wins, finishing 8th within the guild. Hmm, we were up against tough opponents and it could have been worse if I didn't have Yodin.

Interesting choice by my opponent to pick a Gladius card without attack power. Proved to be a genius move as none of my cards can hit the card with 7 Speed, not mentioning there was also Creeping Ooze causing more decrease to my overall speed. 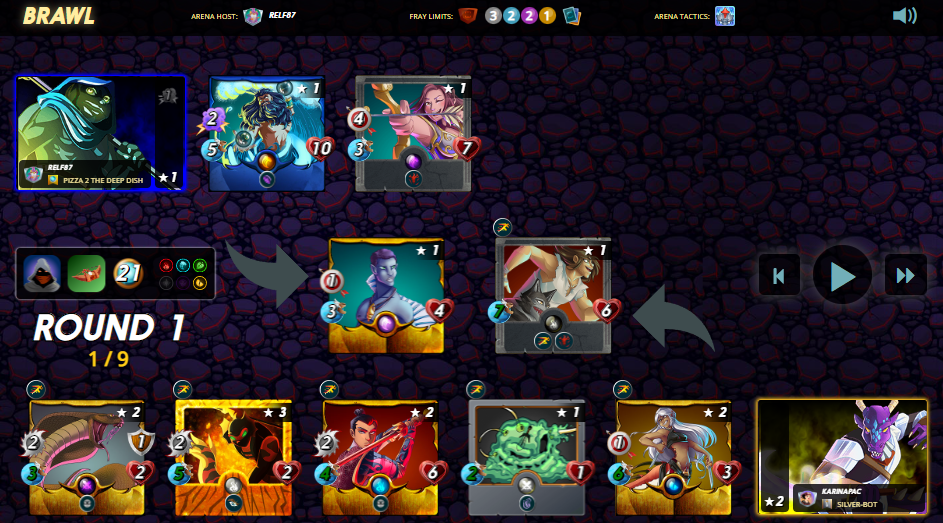 What an error from my opponent to boost the HP to 10 in this 29 mana Equalizer battle. Either way, the opposing team was no match for Yodin Zaku's Blast. 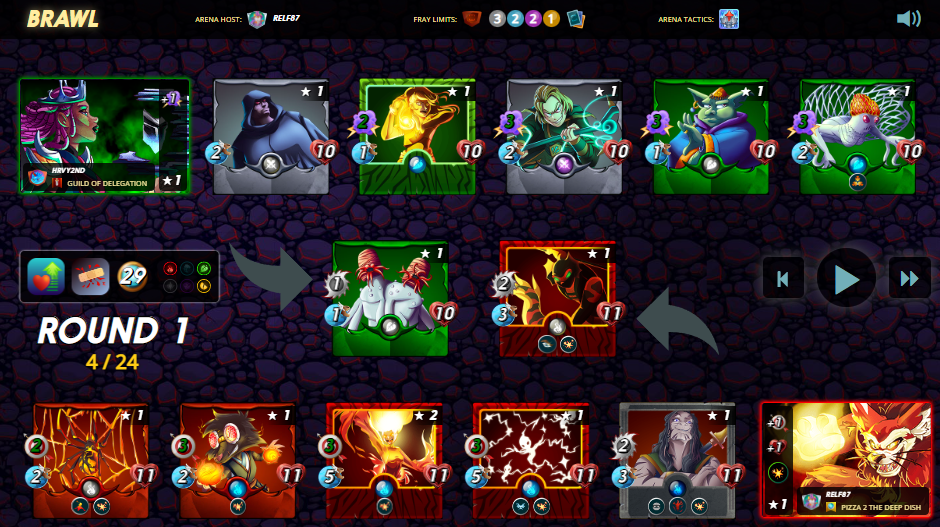 I have never seen this opposing Summoner before. Anyway, I had a minor scare at the start but Yodin Zaku's Blast once again terrorised the opposing team. Was risky to play Yodin in a 24 mana fight but I guess I got off lucky. 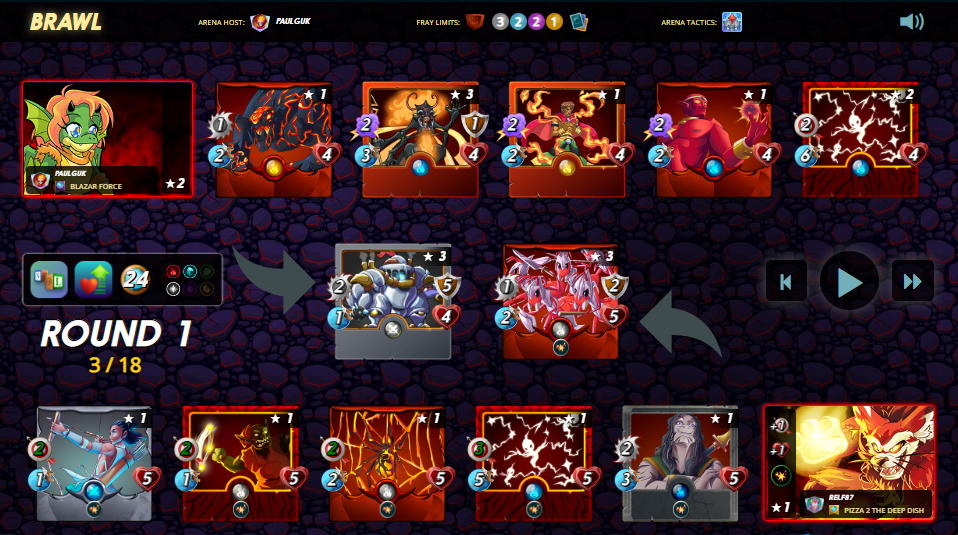 At the onset, I thought I would lose this one when I saw Queen Mycelia on the opposing end. The +2 Armor would buy the entire team one round of Earthquake damage. Somehow, my team came out of this battle victorious with my Regal Peryton left with 1 HP. It's hard to pinpoint a MVP and all else equal, I would pick my flying tank. 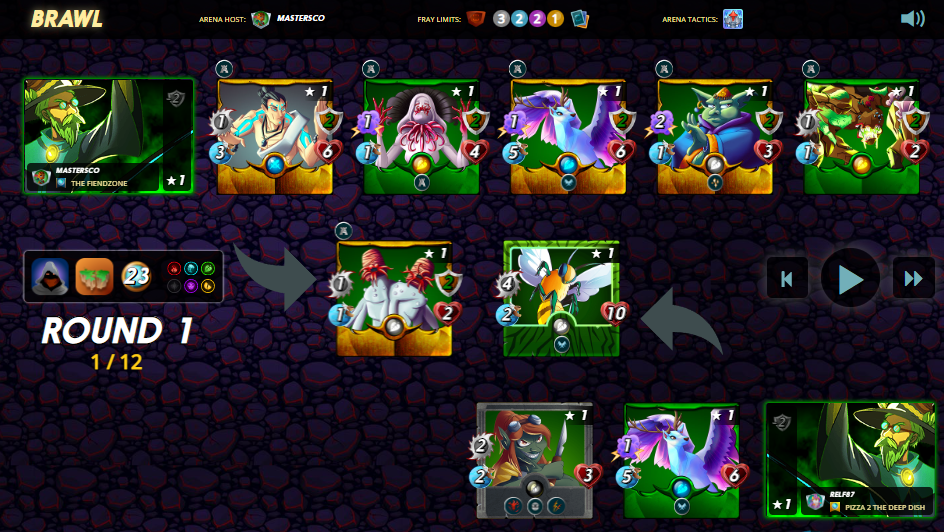 I went into this battle feeling confident, because it's my comfortable Water lineup and there's Relenor Cleaver who scored 2 wins in the last brawl. Then I saw a Level 2 Summoner and River Hellondale on the opposing team and I knew it's gonna be an uphill climb, depending on who gets revived. To my surprise, my awesome team of Level 1 cards won this quite comfortably! I must say the MVP was definitely Wave Brood for soaking all the hits with Taunt. 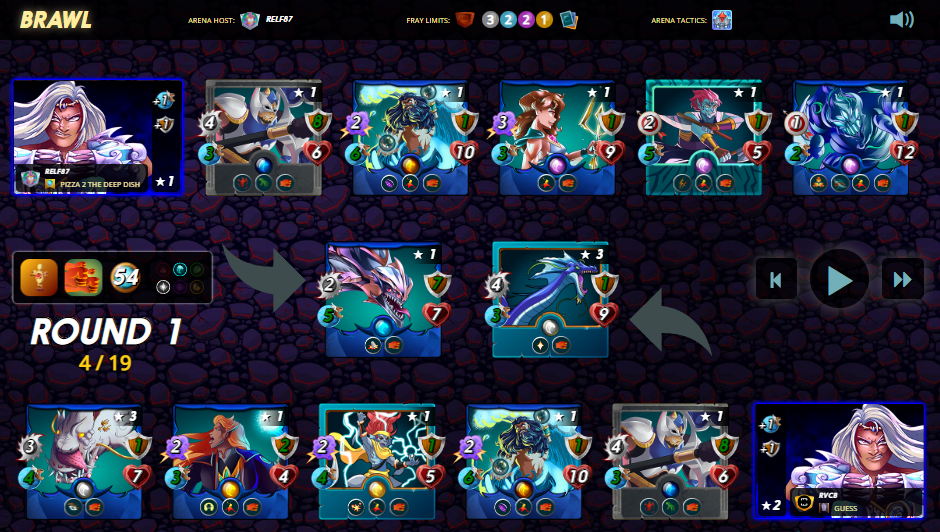 Lorna Shine was supposed to shine in this low mana Melee fight but I fell into my opponent's trap. My team committed suicide due to Thorns. Ouch. 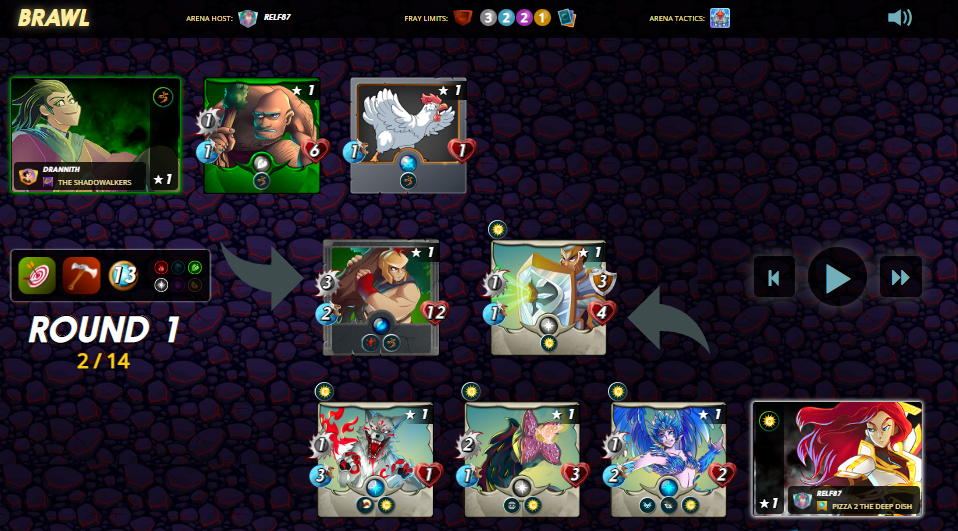 I didn't have to click "Rumble" to know the final result. There's Llama, Kron, Quora and Queen Mycelia all staring at my team. No prizes for guessing the winner here. Lol! 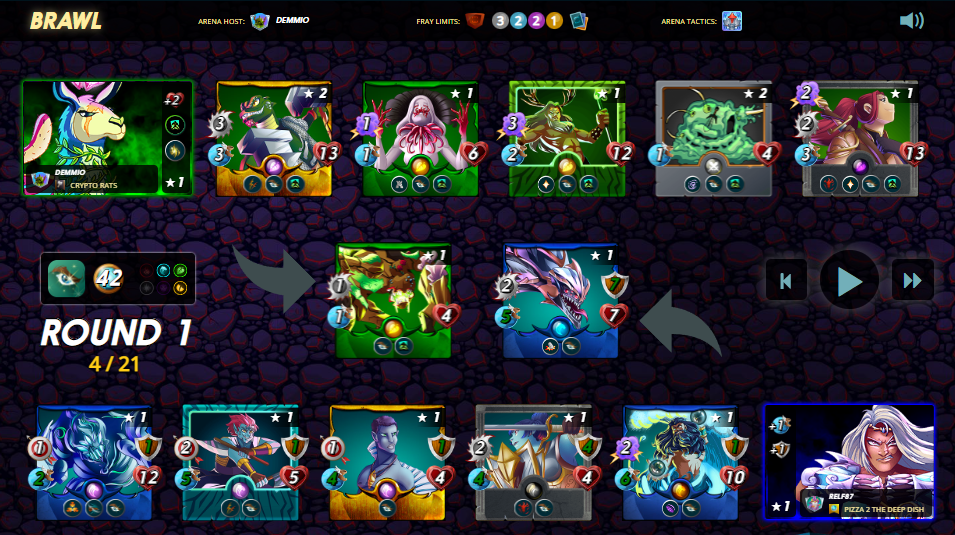 So that sums up my 7 battles for this brawl! Hoping for some free wins soon! Hehe!

Finally I have enough Merits for my 6th Gladius case! For this first time I got a GOLD FOIL GLADIUS CARD!!! That's a massive amount of CP! If you are interested to follow the guild brawls of the Pizza guilds, feel free to check out some of the brawl reports below!