Always cool to discover new car and in this case, I didn't even know the car manufacturer. So it's cool to see during the RM Sotheby's Amelia Island sale (22 may 2021 in Florida) this beautiful 1954 Swallow Doretti. No estimated price yet, but it'll certainly cost around $US 100,000 to have a chance to drive this open seater this summer.

Do you know this model or car manufacturer ? This sale is perfect to learn more about this model produced from 1954 to 1955 and the history of the car manufacturer Swallow Coachbuilding Company. If you want to see other cars sold during this Amelia Island sale, here's a follow-up :

The Swallow Doretti was a sports car produced by Swallow Coachbuilding Company during two years in 1954 and 1955. The company was founded in 1922 by William Lyons, English motorcycle enthusiast, in order to produce motorcycle sidecars. In 1931, he produce his first car the SS1 ... but after the Second World War, he decided to change the name to Jaguar to avoid the unfortunate connotations with the Nazi. The story with Lyons ended here as he sold the sidecars production to Tube Investments, an English holding company, to focus on Jaguar.

With the drop in sales of sidecars, Swallow decided to produce a sports car for the Californian market. The coachwork was penned by Frank Rainbow influenced by Italian design like the Ferrari 166 MM Barchetta.

Doretti was choose by the marketing to give an Italian touch despite an english engine based on the Triumph TR2. Only 276 examples were produced... The Swallow Doretti is equipped with 2.0 liter inline-four cylinder engine based on the Triumph TR2 with twin side-draft SU carburetors mated with four speed manual transmission. The car can reach a top speed of 161 kmh / 100 mph with an acceleration from 0-100 kmh in 12.3 seconds. This example, finished in black over dark red, was delivered to Glasgow (Scotland) so it's a right-hand drive. It was completely restored in 1999. Beautiful and new model for me... What do you think of this car ? Did you know this model before this post ? 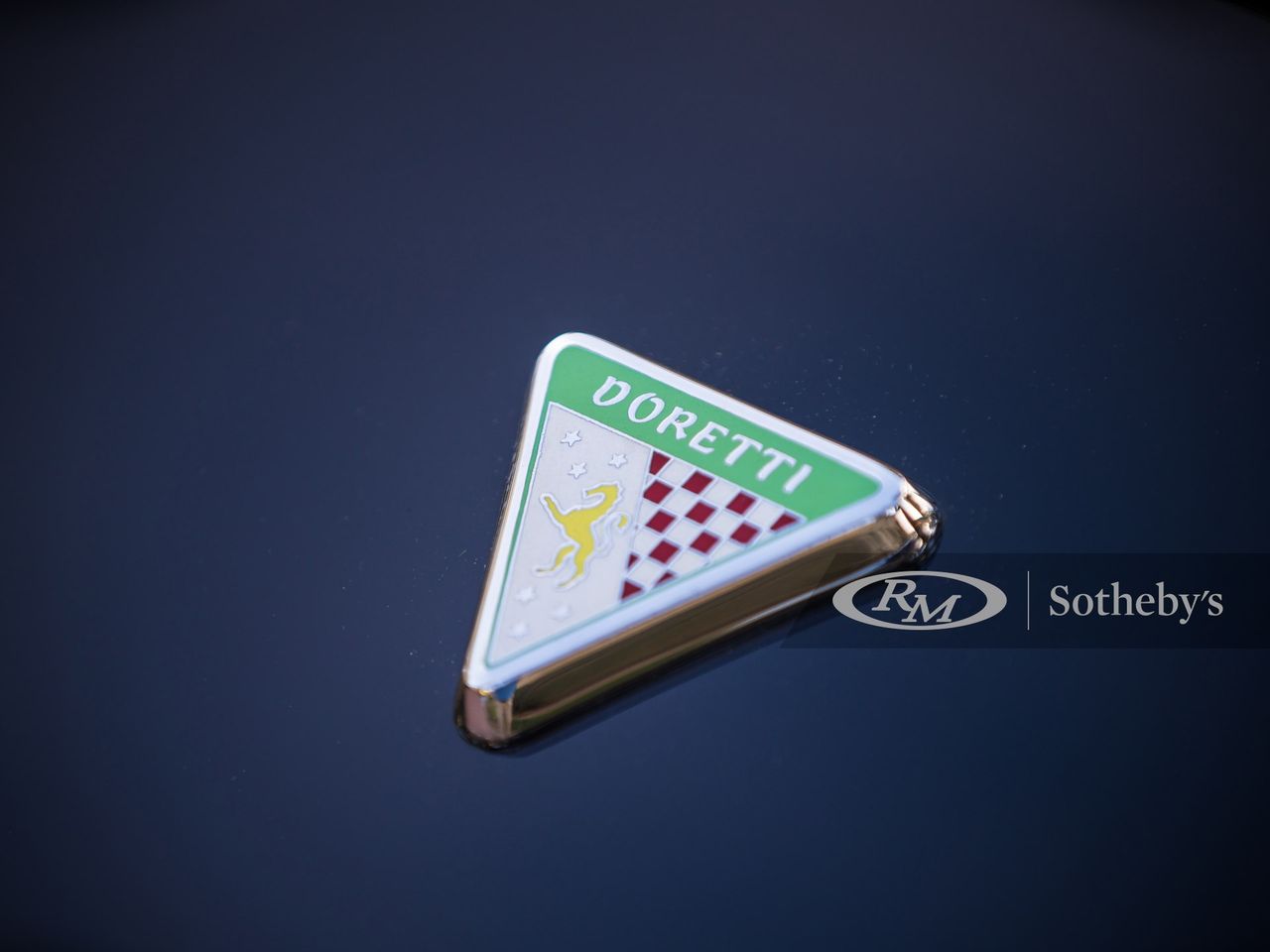