RM Sotheby's will offering up a lot of great cars, from English classic cars to modern supercars during its 15th annual action in London the 6th November, including this stunning 1952 Jaguar C-Type. Incredible design, very aerodynamic... And moreover with the photos presented by RM Sotheby's putting in background a red lettering. Perfect for me this mix of Street Art and cars from the 50's and 60's😀 For info, this auction will take place at the same time as the annual London to Brighton Veteran Car Run, 125th edition of this gathering of old cars around 1900. It must be cool to see this run...

The Jaguar C-Type is a racing car (C stands for Competition) produced between 1951 and 1953. The car is based on the XK-120 with a lightweight tubular chassis and an aerodynamic body designed by William Heynes, Jaguar Chief Engineer and Malcolm Sayer, first aircraft engineer, so expert in aerodynamism. 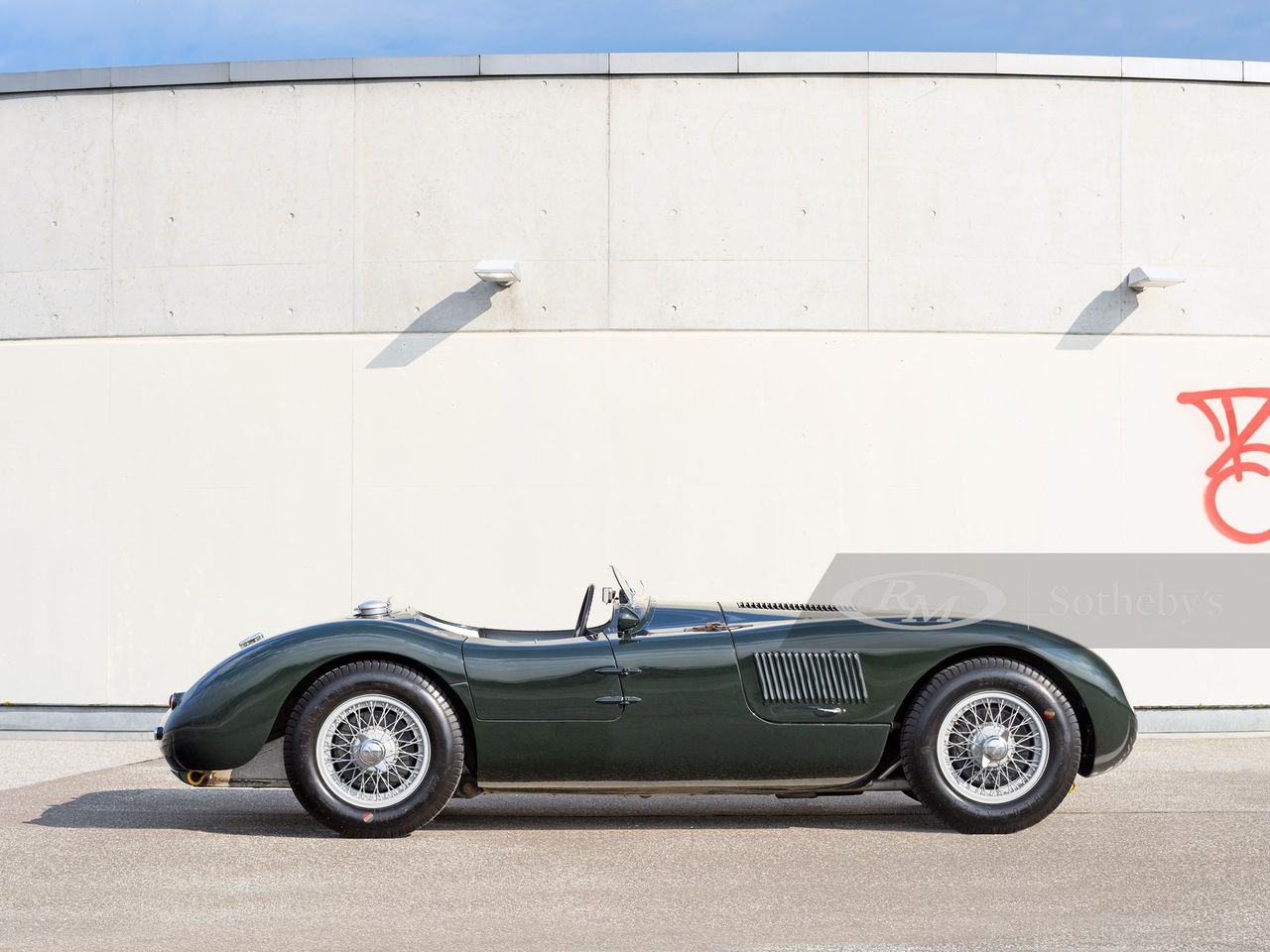 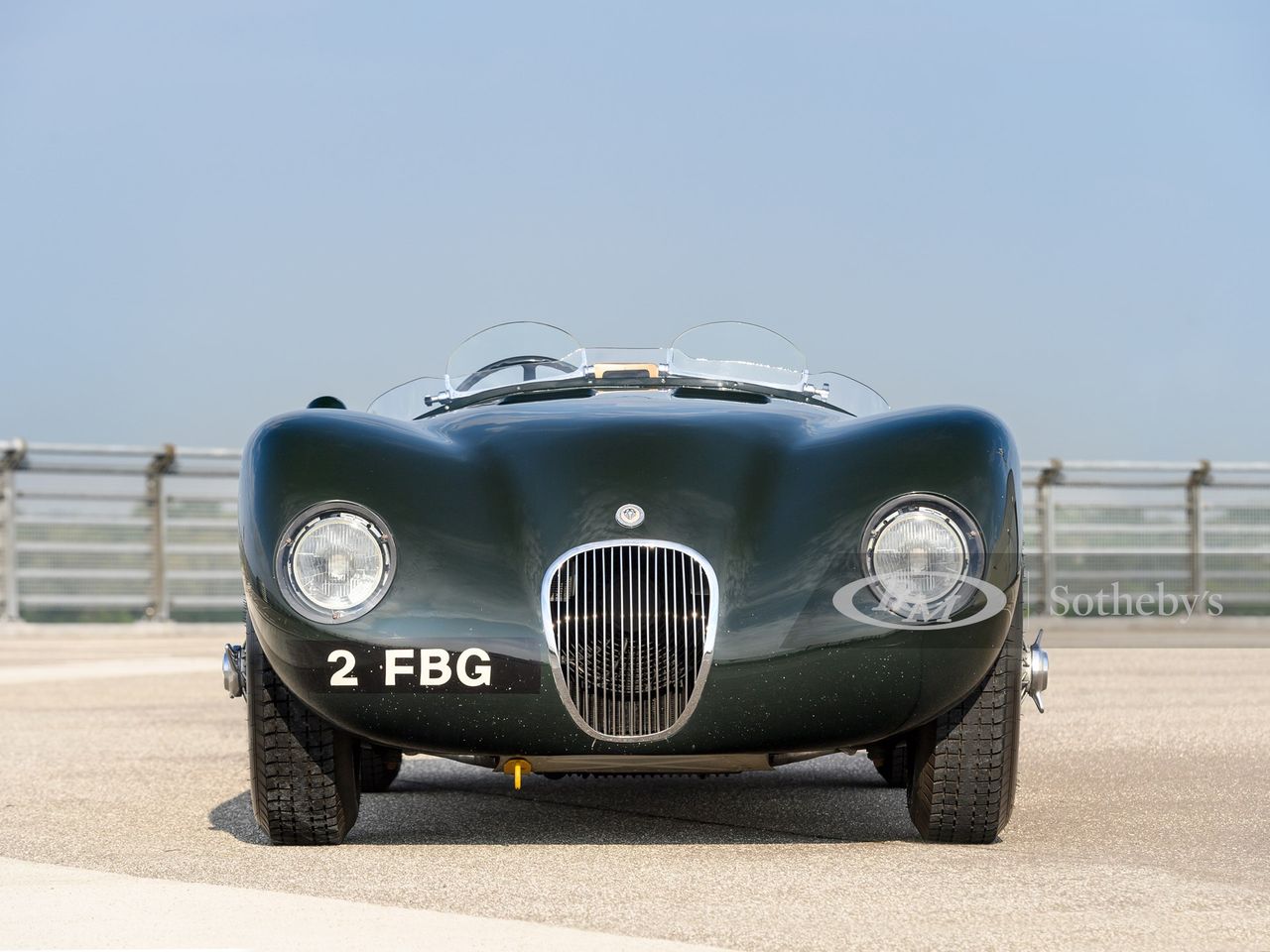 The Jaguar C-Type is equipped with upgraded 3.4 litre twin-cam engine with SU carburettors producing 205 hp with a top speed of 190 kmh / 120 mph. The last versions produced in mid-1953 were more powerful. 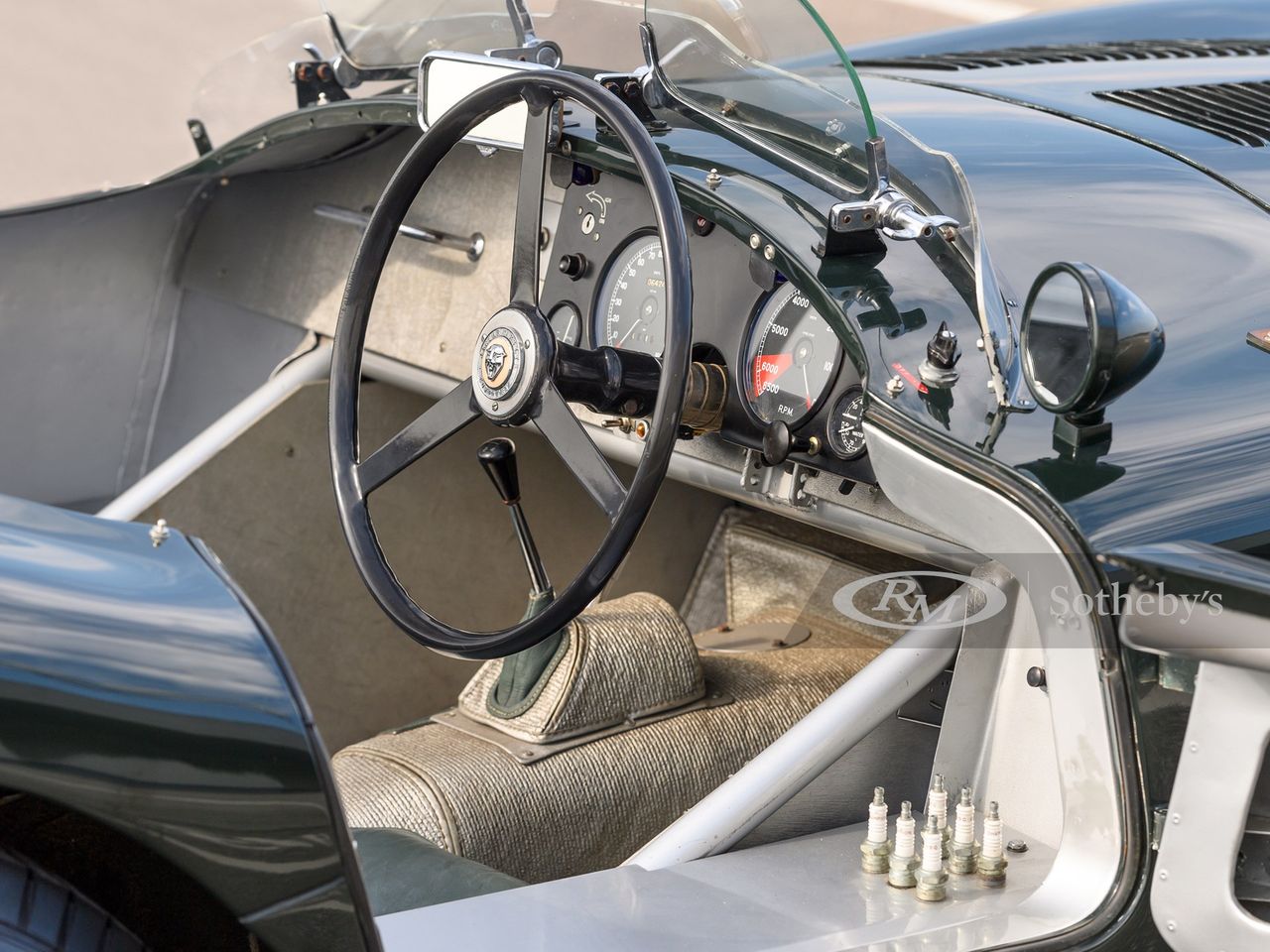 This example was originally finished in cream with a green suede interior. In 1988, the car was fully restored and repainted in British Racing Green. Beautiful... 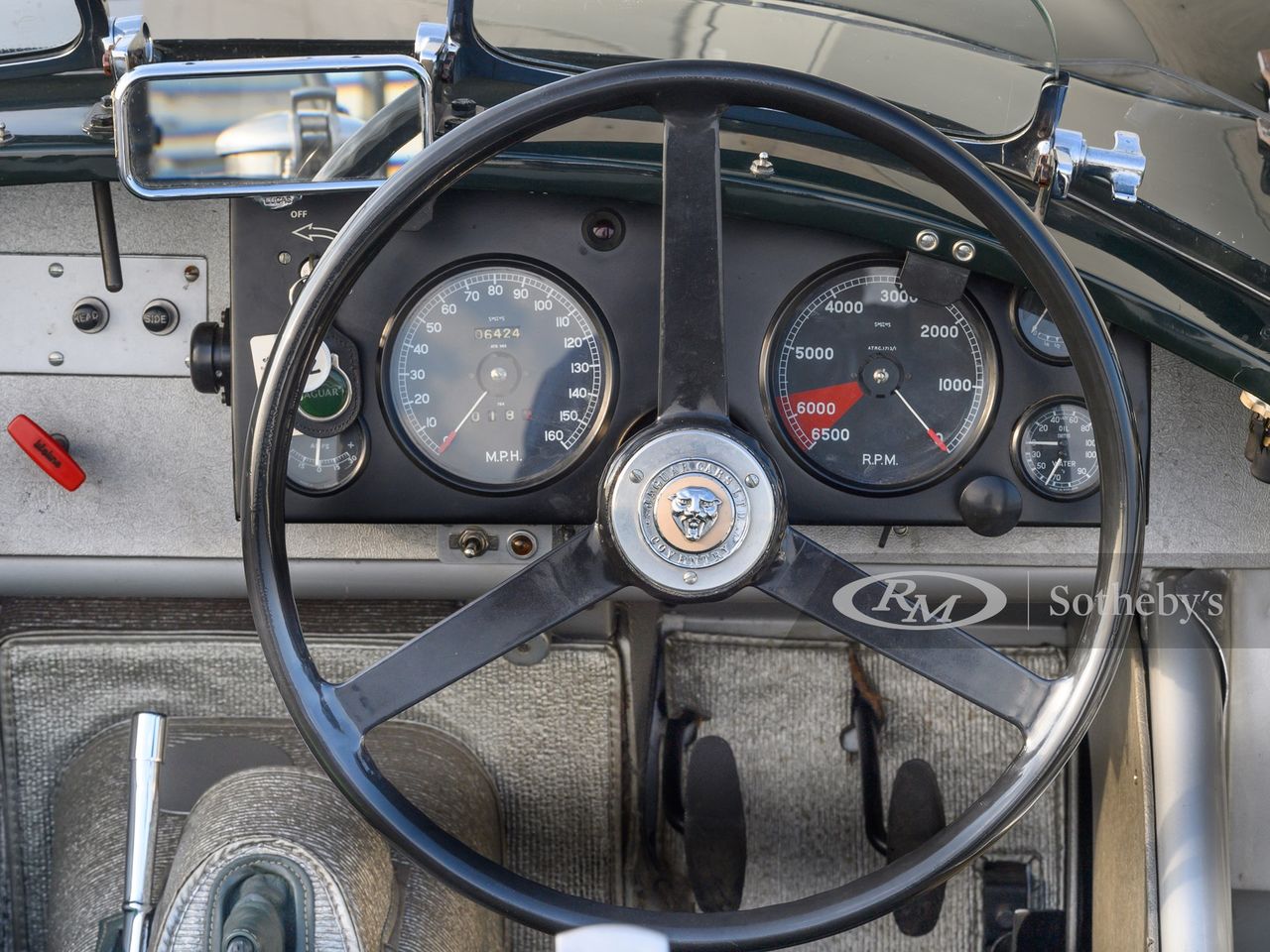 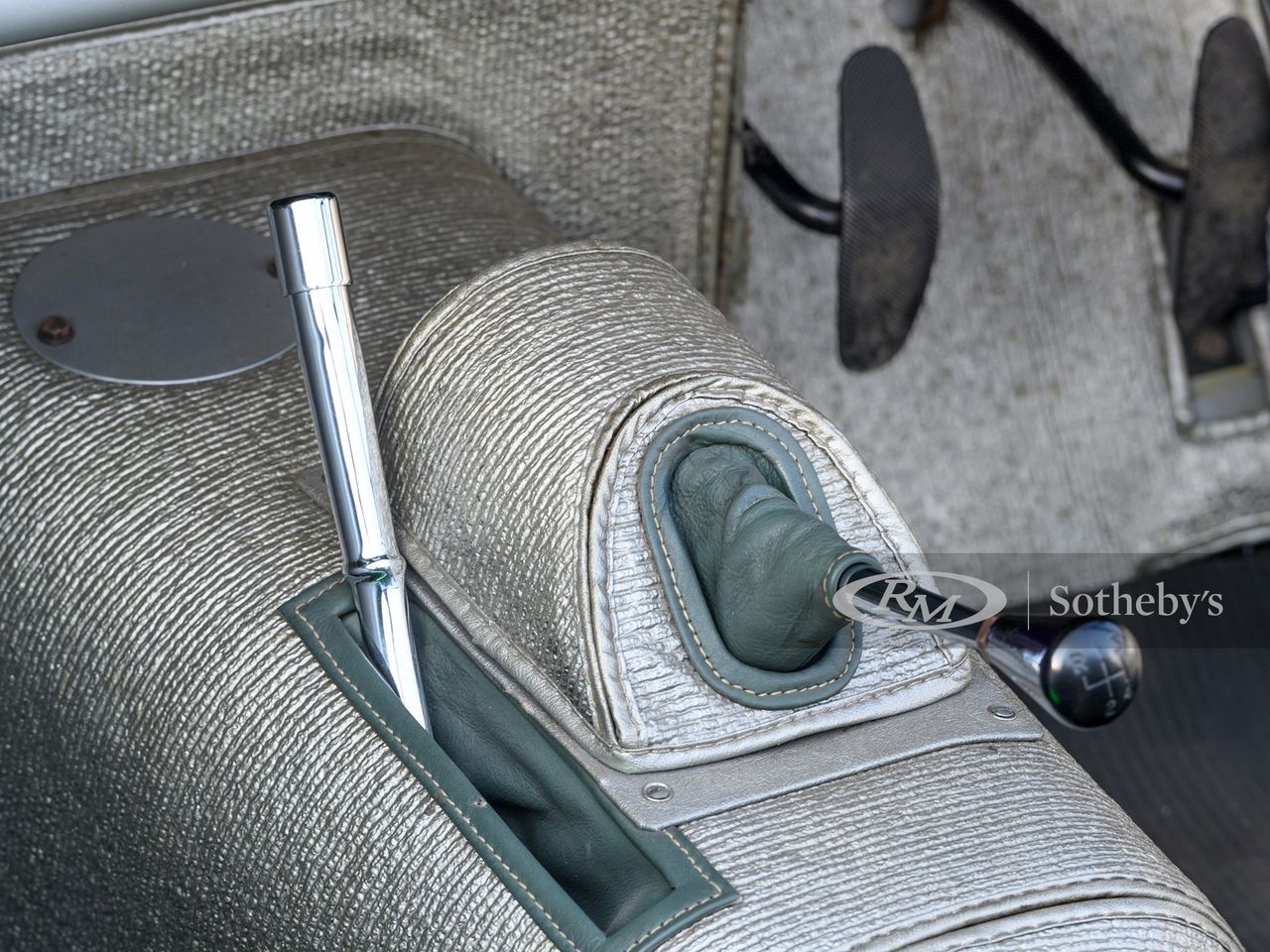 What do you think of this design?

Really nice... but maybe not adapted for the Canadian roads especially in winter but it's a good thing I was short a few dollars on my bank account 😀