One of the most popular activities in the world, followed closely by probably over a billion people today, is the sport of football, aka soccer. So when blockchain and cryptocurrency start making inroads into the football industry, then we know for sure that this is a massive win for all concerned. 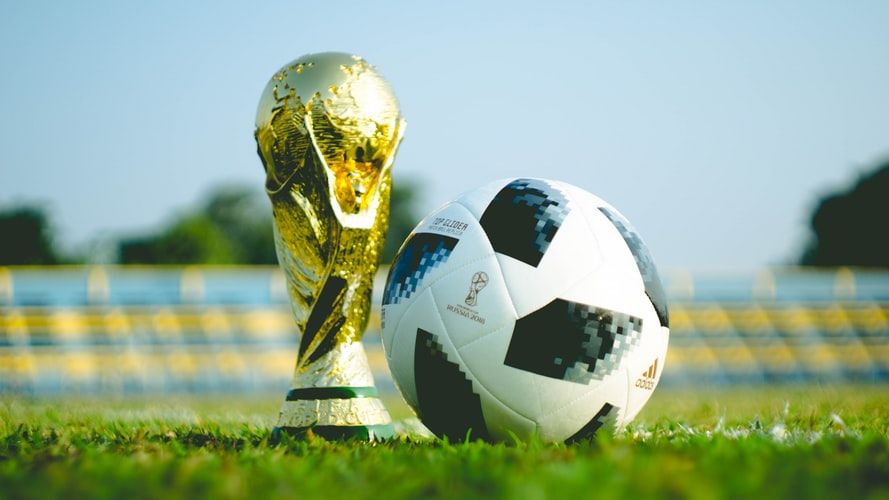 Millions of soccer fans from possibly every country on the planet will now be hearing about blockchain technology or perhaps even using it without realizing it, at first. And millions more are now being introduced to cryptocurrencies via their favorite team or league. And folks are so attached to their team, much like crytpo enthusiasts get attached to their coin, as the tribal mentality takes hold of the instincts. So when they see their own team or even the opposing team on the day, being sponsored by a cryptocurrency, or advertising its use, they will be emotionally invested. And as a result blockchain and crypto could go viral.

For example, in this article posted yesterday UEFA, one of the biggest football organizations in the world, announced that they will be using blockchain technology to distribute tickets to the Euro 2020 tournament in coming months. This is massive and goes beyond mere club teams or even premier league teams of world renown – this is international level soccer. The entire European football federation, which sees the countries of Europe compete at football, is using blockchain technology to distribute millions of tickets to their fans. The ticket will go to the mobile phone of each purchaser without them having to queue or go to distant sales outlets.

This competition is second only to the soccer world cup in fame, and has millions of attendees or viewers from every European nation as well as probably most other nations on the planet. Fans from every nation enjoy watching their favorite footballers compete. If this is not mainstream adoption of blockchain technology then I don’t know what is. For example over 28 million people applied for the 3 million tickets available for this year’s tournament of 51 matches. And even if only a third of those tickets are distributed via blockchain technology, that is a massive use case on a multi-national scale.

Blockchain has come of age, and has found a use case that is beyond the mere scope of banking or finance. It has entered the realm of sports, ticket purchase and data recording for the top sports organization in Europe. Blockchain technology is here to stay as this is just the start. As banks adopt it in time to come, it will become the norm for data capture and record keeping. Governments will also begin to apply it to real estate and land ownership record keeping too, since it’s permanent and can’t be changed without notice, like former land records were by corrupt administrators.

Now let’s look at some actual cryptocurrencies and projects that are going into partnership with actual football teams. In an article published late last year, several soccer clubs have been mentioned as collaborating with cryptocurrencies. Italian club Rinimi FC1912 is being sponsored by Quantocoin, which is a blockchain tech project with an exchange, trading and remittance options (sending money overseas). Quantocoin bought 25% of the football club and paid for it in crypto. And an even more famous club – Newcastle United from the English Premier League - has partnered with StormGain, a crypto trading platform. Add to that the Portuguese club Benfica, who are selling their merchandise for crypto (BTC, ETH, UTK). Another Premier League club – Wolverhampton Wanderers – has joined the ranks of crypto sponsored clubs.

Even CoinMarketCap, the site we all love to use when checking the entire crypto market’s prices, has sponsored an Israeli football club. In this way, as these crypto industries and coins add their logo to the players’ football jerseys, millions of fans will instantly see the advertising and begin to accept the companies as mainstream, while simultaneously exploring the services they offer. This is probably the most powerful advertising any project could ever obtain, much like an endorsement from a Hollywood film star or a pop artist. For example during a game of the mighty Barcelona, top club in the world arguably, DX Exchange was prominently advertised. They offer trading of digital stocks. And you don’t get any more exposure than a Barcelona football match, with maybe 60 000 fans in the stadium and 60 million watching the match on television, ballpark figure (pun intended).

Naturally there is the huge gambling industry also involved with sports games. Sports betting is a multi million dollar franchise annually, and as a result, cryptocurrencies and projects are also getting involved in sports betting. Naturally the millions of fans will become exposed to the world of blockchain and cryptocurrency via such pastimes. This is the advertising and industrial use that crypto has been waiting for. Our time has come and life on the football field as well as the financial sector will never look back.