Some beers from my trip to Vienna are still waiting for the post. Well, this is the last one and I won't bother you with that anymore :)

I tasted it in one pub (sorry, forgot the name...Update: Shamrock Vienna). From the outside, I saw a lot of people standing there and heard nice reggae vibes from inside. The place looks and sounds cool. And that was the reason why we go in. They have about twelve draft beers available and I choose Murphy's Red Ale for the first time. 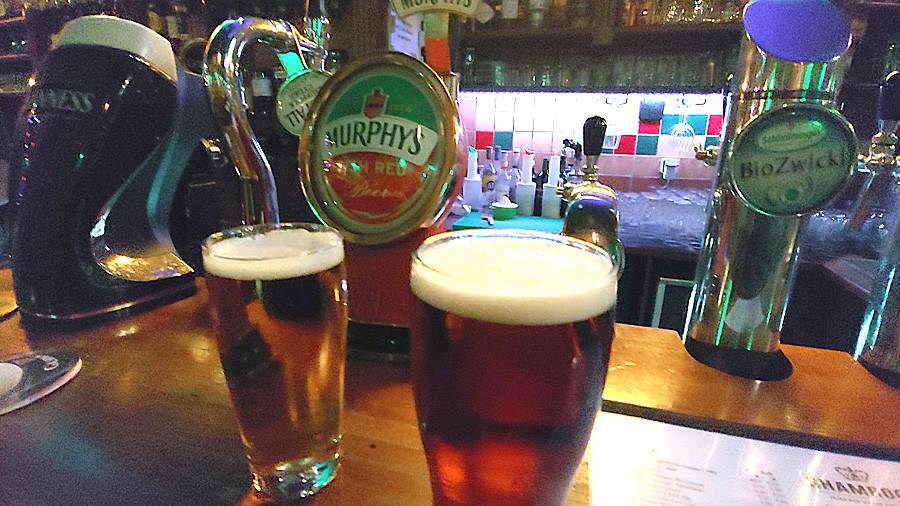 The photo is not some surplus, it's taken quickly, in the dark. Also, that's not an Austrian beer, it's brewed by commercial brewery Haineken Nederland. As I mention it was drought, 0.5 l glass, alcohol 5% ABV.

The first sip ran smoothly down the throat, the light but pronounced caramel and plum flavors. More sweet than bitter. Only at the end, when I almost empty the glass, the taste gets bitter, but not too much. Very refreshing and drinkable, which I usually don't expect from a dark beer. 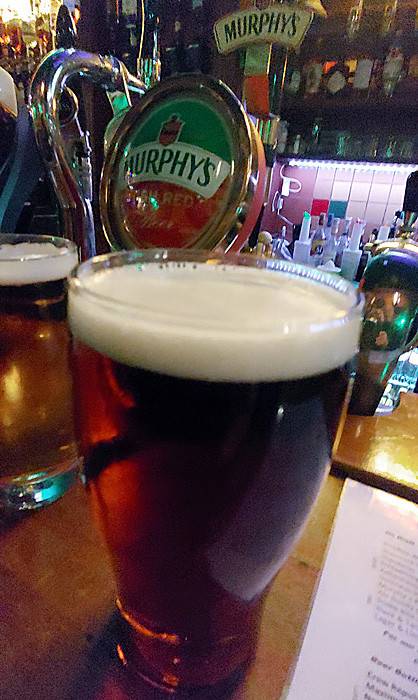 I would order another but my colleague and I had to hurry up :( 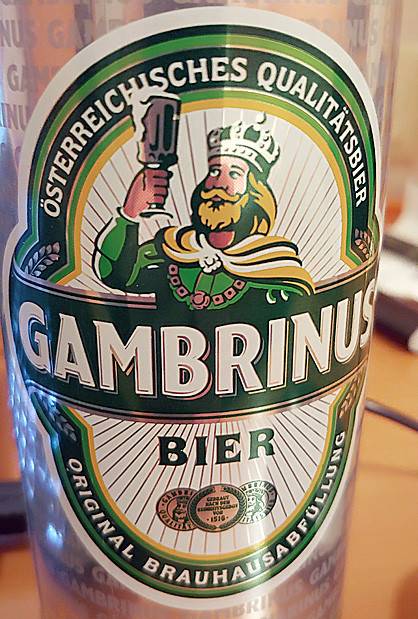 Gambrinus is a famuos czech beer but this is not the case here. This one is brewed by Ottakringer Brauerai, Vienna, Austria. Can, o.5 l, alcohol 4.2% ABV. 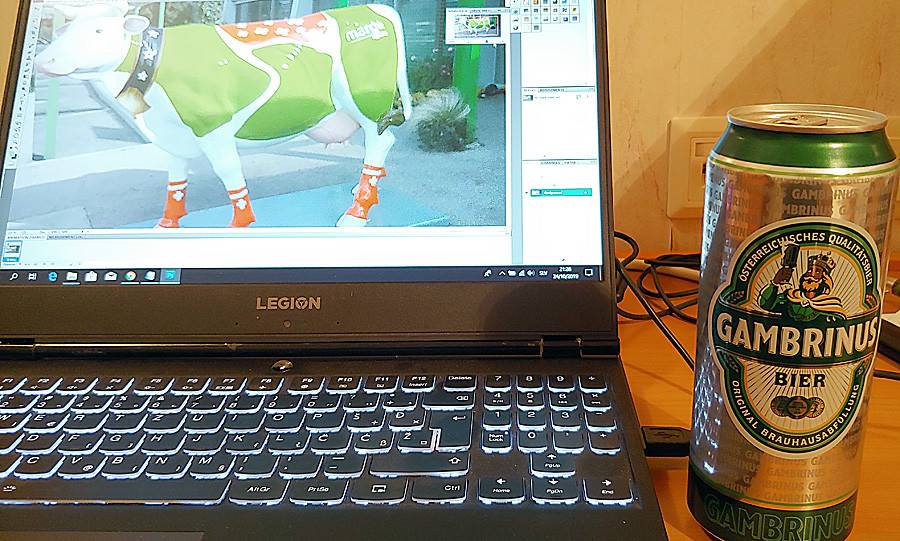 What more to say? Oh yes, the tune from the Shamrock Vienna was the reason I stopped there.
Peter Tosh's version of Johnny B Good, the amazing piece I listened when I was younger:)