I have a bad and a good news today. The bad is that I have some health issues - as you can see in the photo, there is a blood pressure monitor behind the bottle. 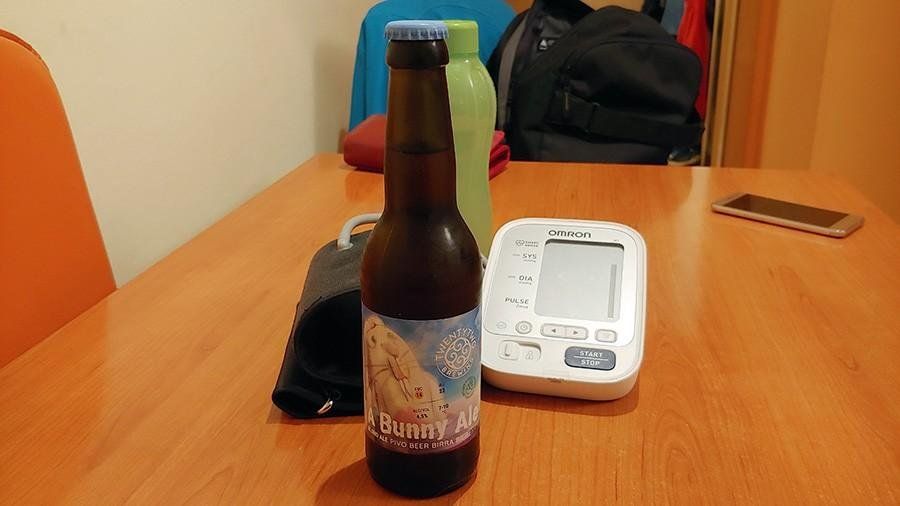 After a long time, I was at my doctor's office and when she measured my blood pressure she said that it was not good that I had very high blood pressure and that I needed to watch what I'm doing :(
Yeah, I have to limit my habits very much, including drinking (tasting) beer.

But that doesn't mean I have to stop tasting beers. No, but a maximum of one beer a day, she said. Huh, I taste two or three beers a week anyway :)
And that's good news, don't you think? 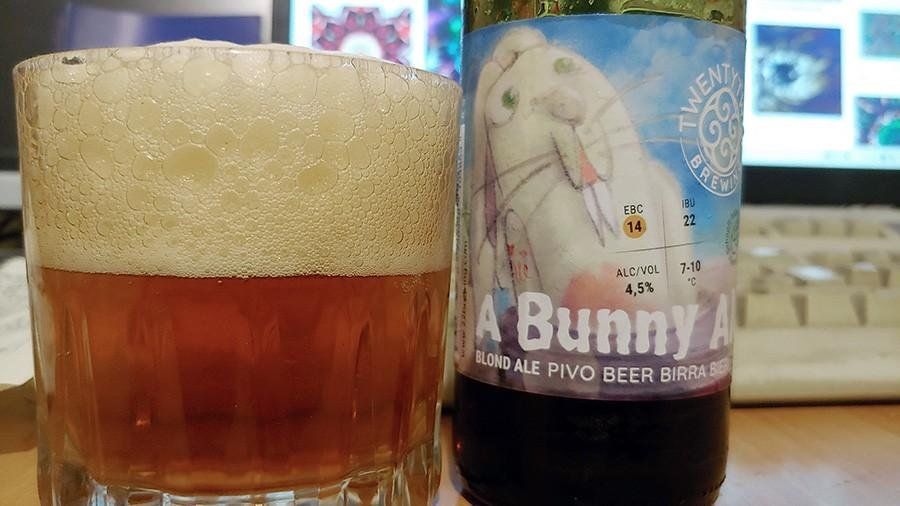 The beer is a very pure orange color with a lot of foam. The first sip is very fresh, flavored with malt and caramel, very well balanced. Finally, it turns from sweet to the bitter aroma of hops. Light, fresh and very drinkable. One of the better beers I've ever taste.

I don't know for sure why this beer tasted so good to me. Maybe because of my medical condition when I have a warning that I should care for my health? Or was it because I taste it after walking eight kilometers of fast walking? No matter, I have to change my lifestyle, I will do it in small steps. Here you see that I bought a smart Xiaomi Mi4 bracelet, which measures my pulse and the distance I walk every day, at least 6 kilometers. I'll start with that. I may not need to take medication for the rest of my life.