Learn what BEER can do for you... 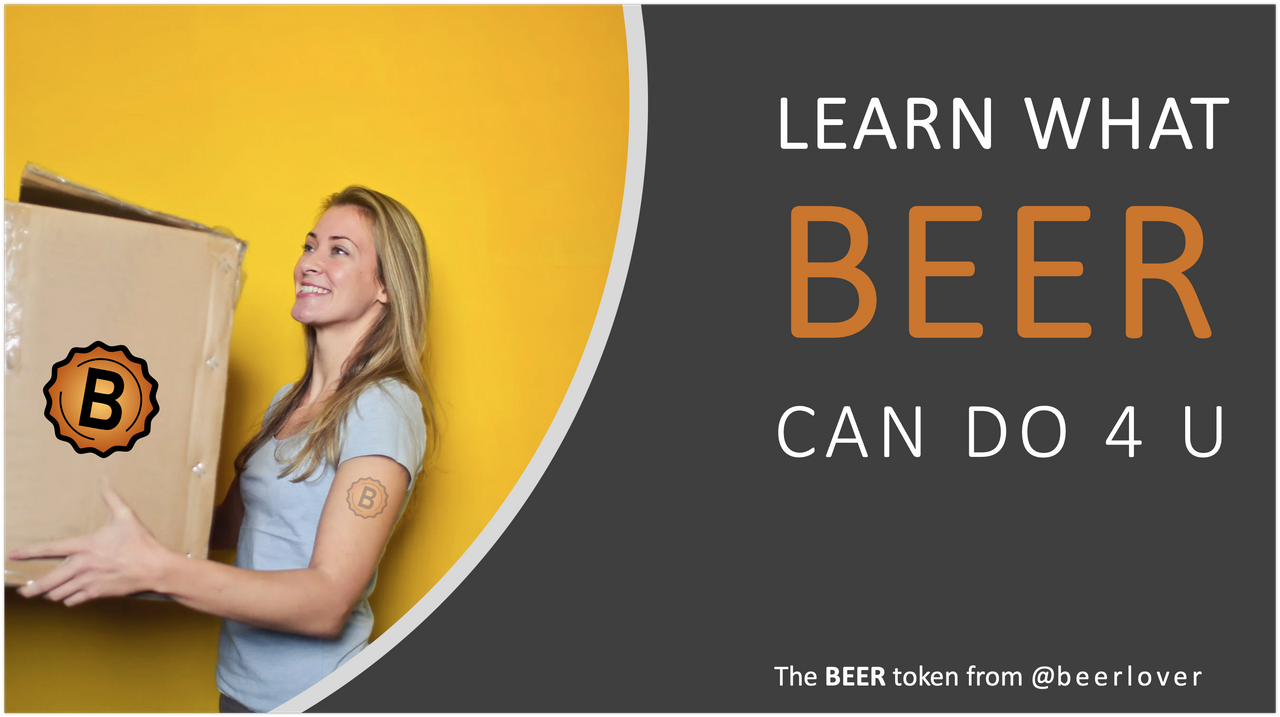 The beer or BEER

For detailed and/or high-quality contributions, a BEER will be awarded as a reward.

To do so, another person simply writes the string "!BEER" in a comment below the contribution to be rewarded.

A few seconds later @BeerLover (a bot) will read this comment and send you a little digital BEER.

Of course he also leaves another comment, which confirms his successful activity and thanks, decent as the bot is, to the one who called him.

Where can I find my BEER

The BEER reward will be sent to your digital wallet at HIVE-Engine, which you can view at any time under My BEER.

Here you can view, store or sell your !BEER

At the moment BEER is cheap as there was a lot of sales with the games and some nice wins from the contest.

Of course your access is protected by your keys, so that not everybody can interact with your wallet.

AND you can also put your BEER in your virtual cellar, i.e. "staking" the BEER in the Hive-Engine, ergo store it for future use.

Yes, the BEER can also be staked, so it is identical to HIVE and HIVE power.

Staking is the little lock at the right with the yellow circle.

Also BEER will, if it is staked, gradually become more. Every 6 hours a certain amount of BEER will be randomly distributed to all investors. So your investment will earn a quasi constant interest.

So I can give BEER as a present myself.

This is very easy, because you can write in a comment and use the characters "!BEER". But you should also have a lot of BEER that you have staked before - as described above.

Everybody who wants to send BEER as a reward on HIVE must have received enough of it himself or has bought his own BEER on the market. With a crate of beer, i.e. with 24 bottles - 24 BEER tokens which you have stacked on the Hive-Engine, you can send a reward once a day for someone via BEER.

The clou is that it is a gift!

Your BEER won't get less and you create joy.
For example, if your virtual cellar is filled with 250 BEER, you can use the BEER command 10 times a day.

Where does BEER come from?

Anno 2019 the HIVE-Engine was launched and @detlev thought

"If I don't create the BEER token here now, someone else will"

ergo since that moment digital BEER is available on the Blockchain

Do you have questions about the Beer Token?
Then please write your question in the comments or connect @detlev#4277 at discord

Since now 161 week you may join the weekly #BeerSaturday challenge where may win some BEER or HIVE or nice votes. Each week there are 16 BEER and 14 HIVE to win. And the job is easy. Have a beer and tell us with at least 3 pics the story around that beer and that situation.

What else to do with BEER

besides that BEER is now also in the games on HIVE. There you can use BEER to buy things from the game or even create more BEER in the respective game 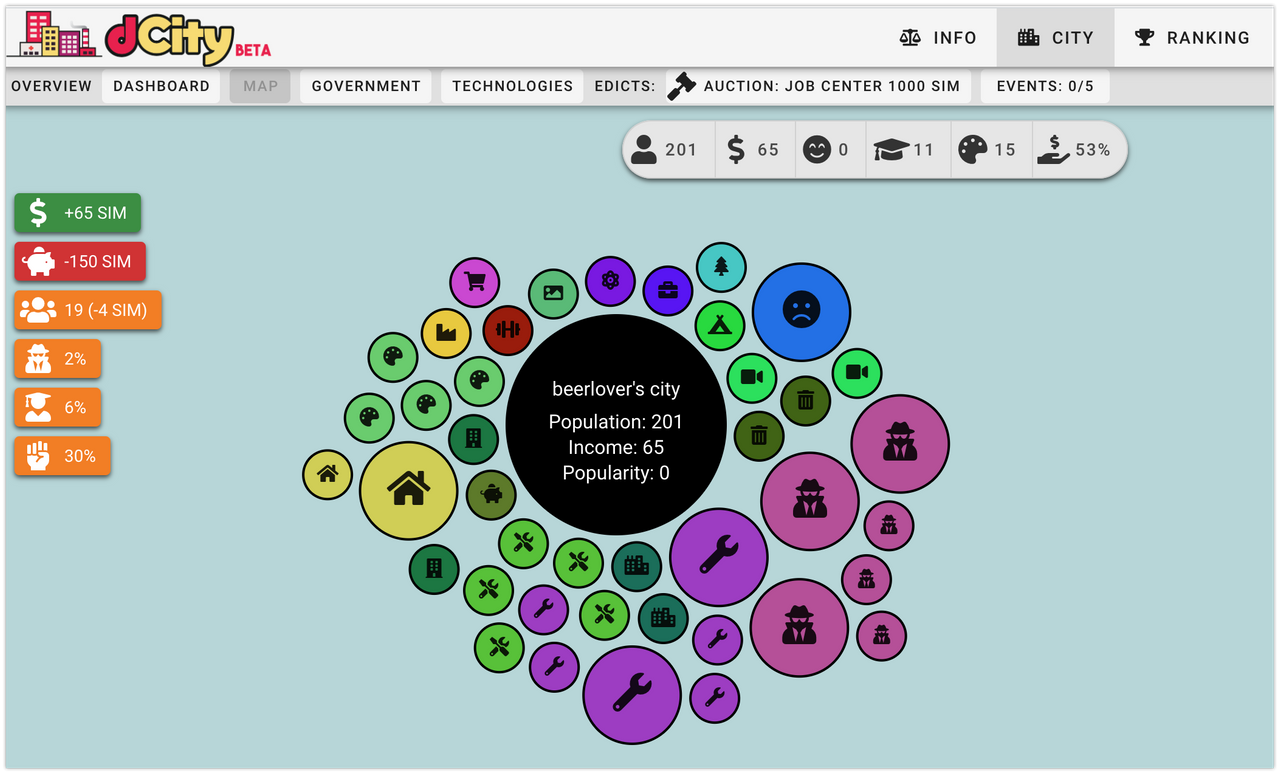 Here you may do all 5 days a BEERFEST to boost the development of your city. With the brewery card, your city produces BEER and the automated brewery card will boost this BEER production even a bit more.

The RisingStar the HIVE musician game

Soon BEER will be in these games too: Here you play with your BEER token to win more. But this little buckets have some horrible tricks and there are some more things to survive within the first 100 levels. It will be fun on BEER tokens. The list will get longer in the next months and if you are interested there will be more posts about it..

Have a great day everybody 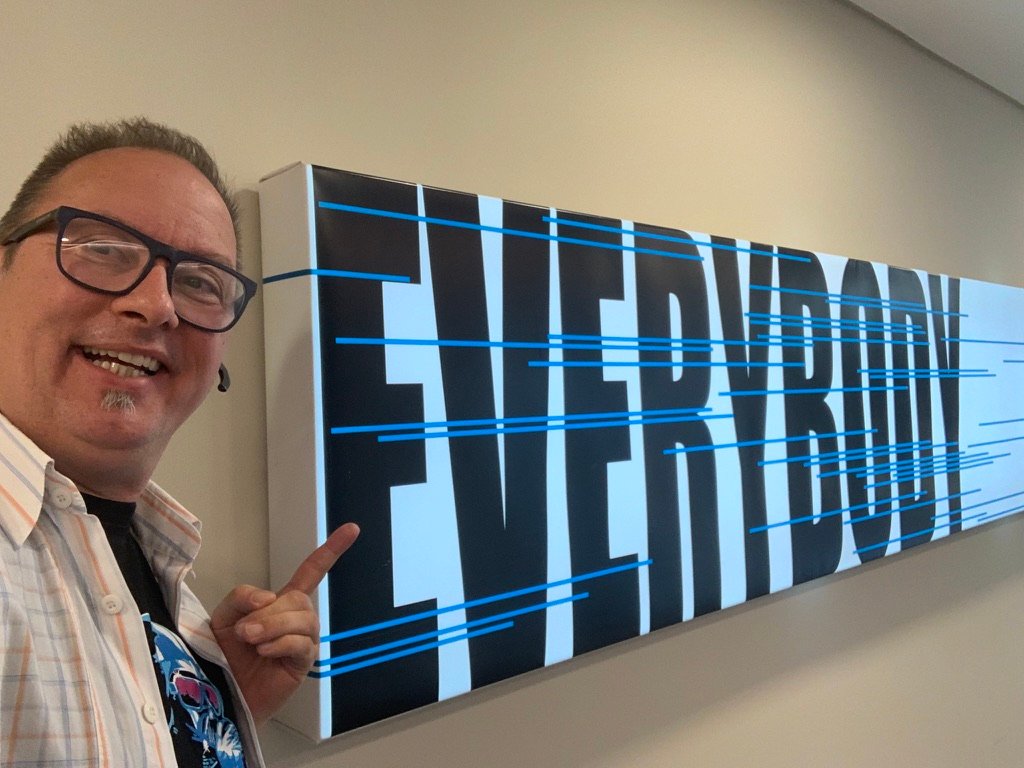