Most of the population is sick of hearing about this and many of the more jaded people will say something along the lines of "well of course you are going to find more cases once you start testing for it."

I don't want to have a strong opinion about the testing procedure but when I see that Elon Musk had 4 tests done in the same day using the same procedure, labs, and doctors and gets 2 positive and 2 negative results I think that having some doubts about the testing procedure is a bit warranted. This is also one of the richest people in the world so he is probably getting better testing done than your average Thai clinic. 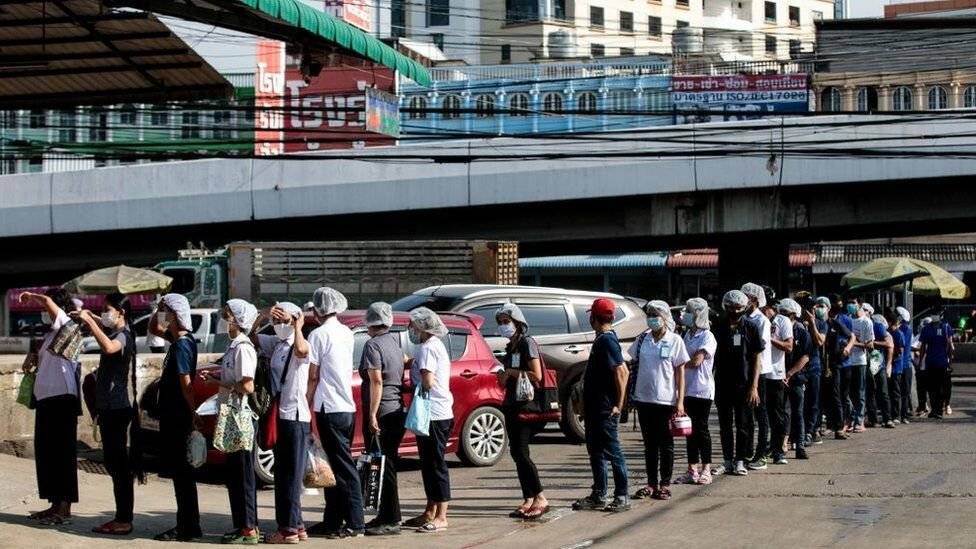 The recent panic comes after some Thai working girls snuck across the border from Myanmar into Thailand without going through quarantine or the necessary testing that is done up there. Later, several of these girls were found and tested positive for Covid. This initial panic resulted in renewed testing across the country and of course, more positive cases were discovered. Many of my Thai friends have gone into hiding because they believe the situation is much more dire than I do, and some provinces have started to renew lockdowns in some capacity.

I am not going to get all judgmental about this happening because I don't understand what happens with a PCR test. I do however, find it rather curious that this situation just happens to be taking place at the exact same time that increased protests against the current Prime Minister and the government in general is going on all over the country.

The government at first declared a sort of "state of emergency" that made gatherings of more than 6 people illegal. This declaration was immediately ignored by the protestors and their gatherings actually grew in number. The police then attempted to disperse the crowds by force, which also failed. So what is the next likely step? I'm not saying that this new outbreak of Covid is completely false, but it is a little suspicious, don't you think? I am generally quite untrusting of government in general but only because this forum is kind of anonymous do I even talk about it because there are stories of people being arrested for making FB or Instagram posts about this topic. Is the outbreak real? I tend to err on the side of not believing that.

For the time being the Prime Minister is also leaving it up to the various governors about whether or not they will impose lockdown measures or not. Here in Chiang Mai, A city that relies very heavily on tourism, I don't think that they will do this because the people are already pretty upset with the current politicians in charge and how the lives of tens of thousands of people have been financially ruined by the 8 months of restrictions that they have already faced.

Another thing that you just kind of get used to when you have lived here for a bit (I've been here just over 2 years) is that the Thai officials are very quick to try to blame the new outbreak on foreigners and the people from Myanmar are the usual suspects as far as where the finger ends up getting pointed. In one recent article, the authors of the story, who are almost certainly being watched by the government referred to the new cases as "migrant workers traveling from Burma" which is implying that they were Burmese. If you are paying attention at all you realize that the people in question are actually Thais that were working as prostitutes in Myanmar but the story does everything that can to imply that it is the other way around.

UPDATE: Right after I published this article a new story was released stating, just as predicted, that Prime Minister Prayut Chan-o-cha has indeed exercised his authority under an "emergency decree" that bans the gatherings of people nationwide. Kind of funny how that worked out so fast huh? We'll have to see if the protesters in primarily Bangkok actually listen this time. I would be willing to bet that they do not and instead there will be a publicity campaign attempting to vilify the protesters as the ones who are spreading the virus and are the reason why upcoming lockdown measures happen. Whether or not any of that is true is anyone's guess.