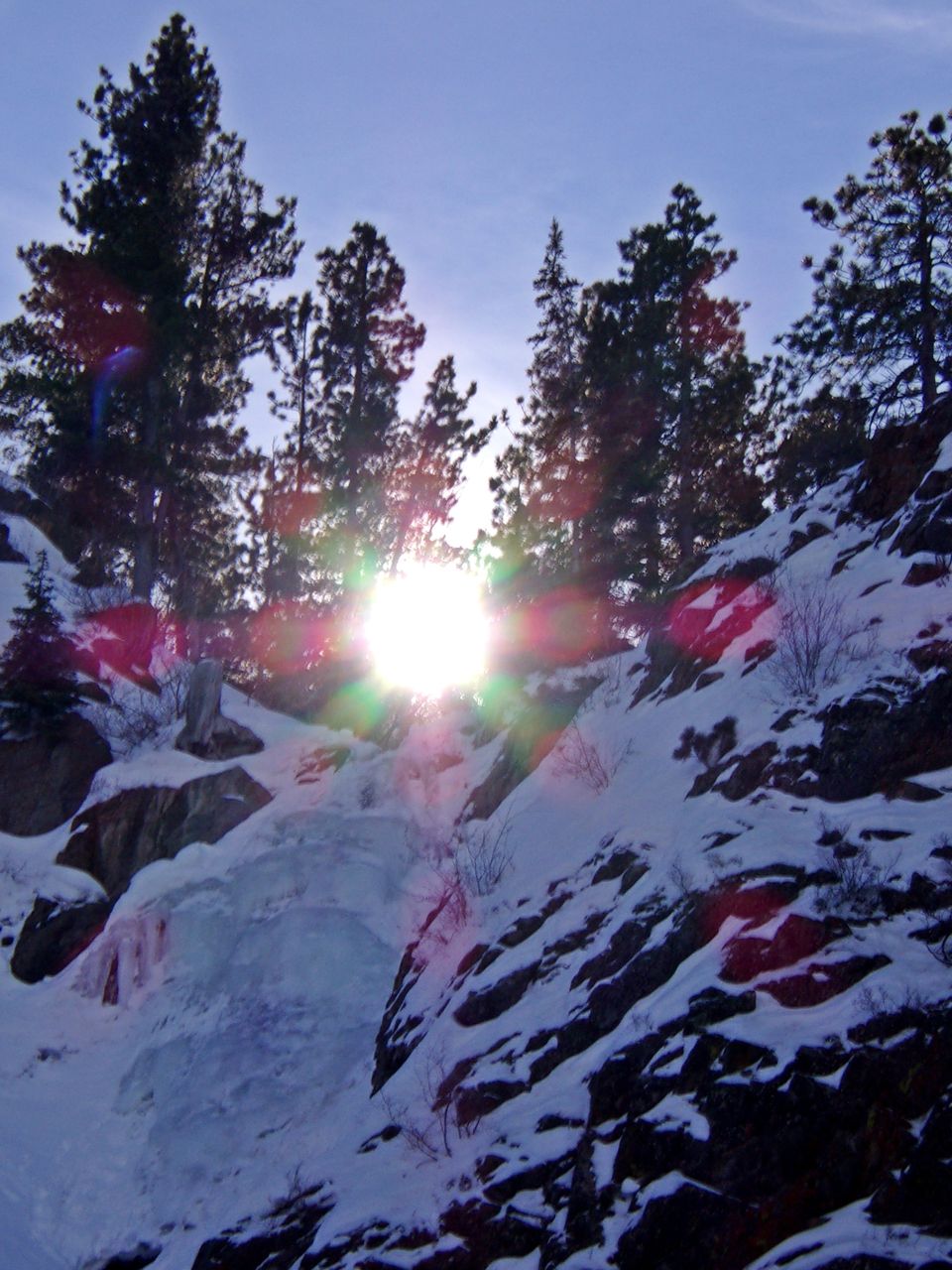 Sometimes, there is no perfect shot, only one that can be twisted into something fun. With the low angle of the January sun on the north face of Casper Mountain, it was impossible to get the sun where I wanted it. Instead, I managed to make a feature of the sun showing its face above the rocks.

The waterfall itself was completely frozen. We were walking on six inches of packed snow and ice and could not even see where the stream was meant to flow after it cascaded over the mountain. I'd love to get up there when there's just a little bit of snow at the beginning or ending of the season. We'll see...