Burning sculpture in Ternopil city festival of pottery. How we made it together look on my post 😉😉😉 No, this is not a popular American "Burning man" festival, it is an international pottery festival that recently took place in Ternopil, Ukraine 😄😄😄.

For the third year in a row, Ternopil has been gathering the best potters in Ukraine and other countries of the world and holding a large number of workshops. This year, it was an honor for me to take part in such a wonderful event and to be able to learn something new. 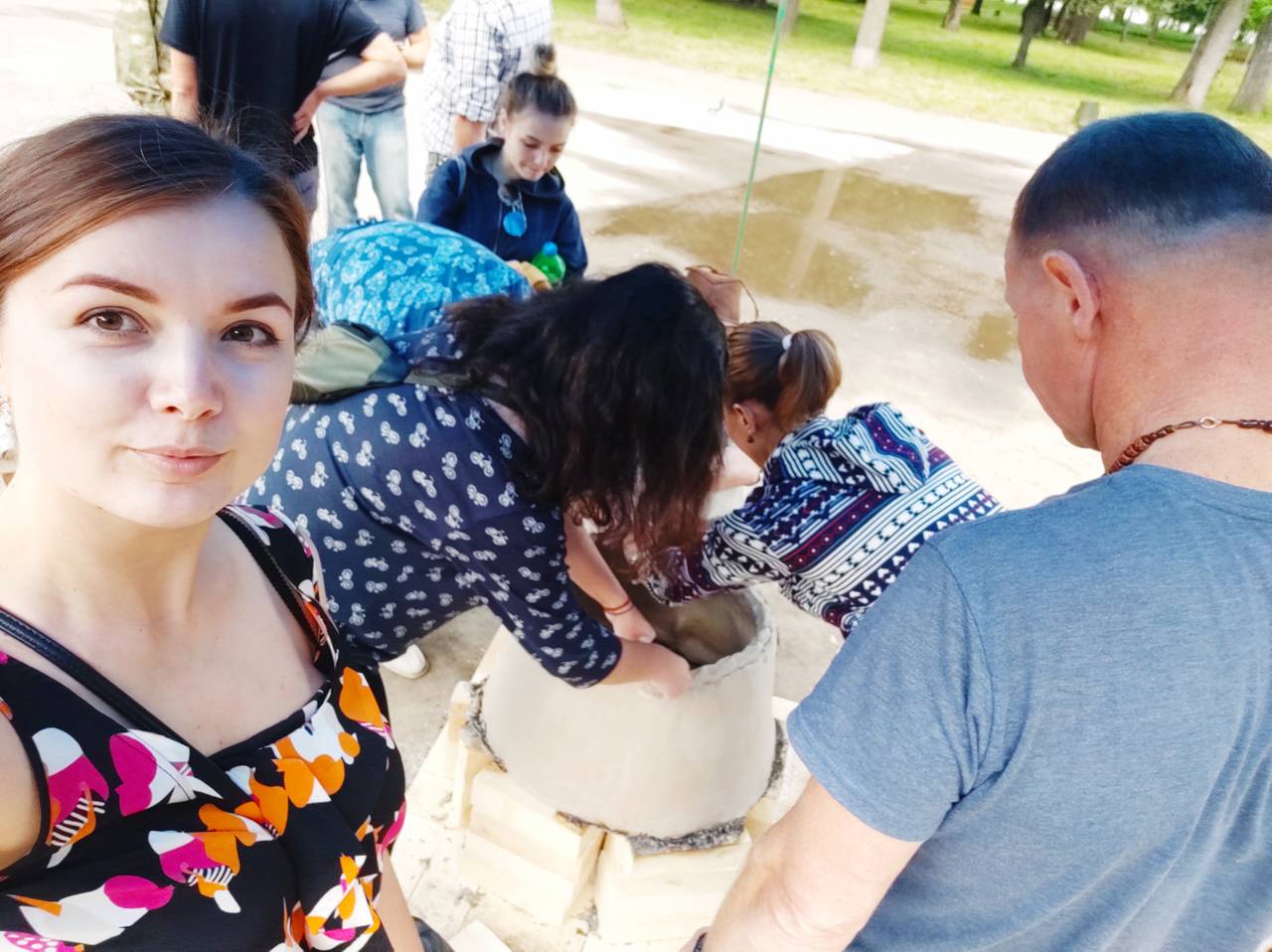 About a month ago I saw for a first time the fire sculpture show at a festival in Transcarpathia, but had no idea how to do it. This time I had the opportunity to participate in its creation and along with other potters i enjoyed the process. In fact, it is a complex and time-consuming process.

Centimeter by centimeter, we increased the height of the sculpture, pausing every 40-50 minutes to allow the clay to dry slightly. With the help of a gas cylinder, we dried the clay from the outside and from the middle. It is very important for the clay to dry, because under the weight of the wet clay, the sculpture may collapse.

About 30 people participated in the sculpting in turn.

It is a great pleasure to work side by side with the best masters of Ukraine! Each year, the festival has a different theme. Since the ancient amphorae of Trypillian civilization, which has been found for over 5,000 years, was recently found in the Transcarpathian region, the organizers of the festival decided to choose this topic.

So, as you may already understand, this statue symbolizes the Trypillian woman, a symbol of well-being in family and fertility.Each picture, which was cut by hand, bears the symbol of Trypillian culture. 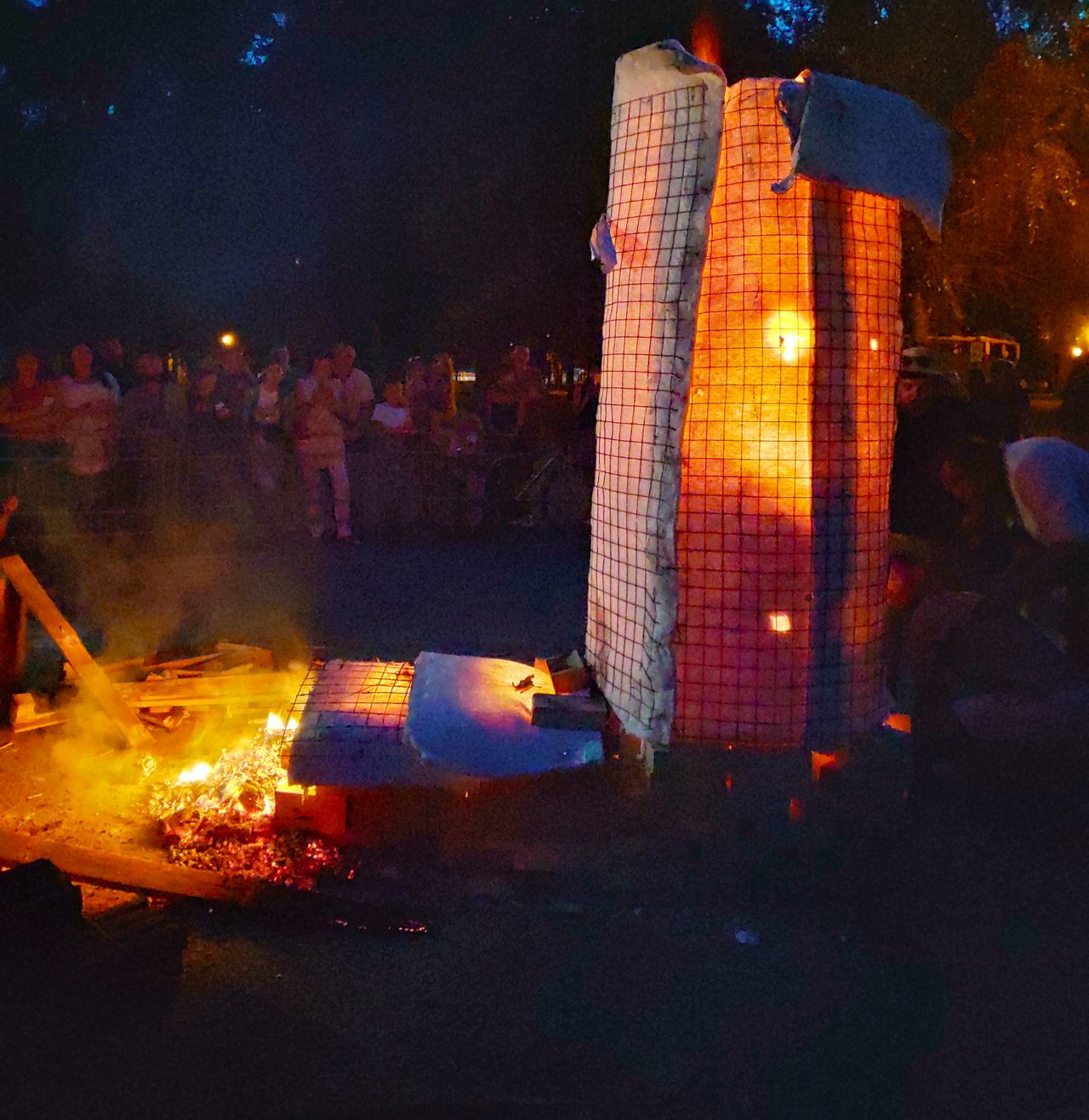 The potters wrapped the sculpture with a special fireproof wool to keep the temperature in the middle. A few hours later, when the night comes, the main show - the unveiling of the sculpture - begins. It seems like it is not a clay sculpture but the hot lava is now being poured in all directions. Such a sight is truly astounding.

This is where the show begins: the potters sprinkle the burning sculpture with a sawdust and it begins to flash like "sparklers". This show attracted a lot of viewers. Everyone watched with enthusiasm what was happening, took photos and videos.

By morning the statue has cooled down and here is how it looks after firing: Such a beauty isn't it?

Now this statue will decorate the park of the city of Ternopil ☺️😊.

By the way, are there any pottery festivals in your country? Let me know in the comments 😉, it would be great to see something interesting in new places for me 😊🥰.