In order to comply with AIA's standards the studio downloaded Cove.tool plugin for Revit. This automated platform is used for intelligent building performance, 3D visualization, and parametric optimization. The Revit model is dissected into categories and the enclosure is tested with the real sun's geolocation. Model A is the basic code compliant, 30% Glass-Wall Ratio, analysis. Model B is calculates for the shading device, recessed openings, large overhangs, and high performance glass to reduce heat and glare. Model C includes the ground source heat pumps which reduces the overall energy usage. Energy use intensity (EUI) is an indicator of the energy efficiency of a building's design and/or operations. EUI can be thought of as the miles per gallon rating of the building industry. The EUI in model A was 30.4 and after the changes made in model B and C, the EUI was lowered to 18.86. These changes lowered the estimated yearly electricity costs from $18,157.35 to $11,071.08. 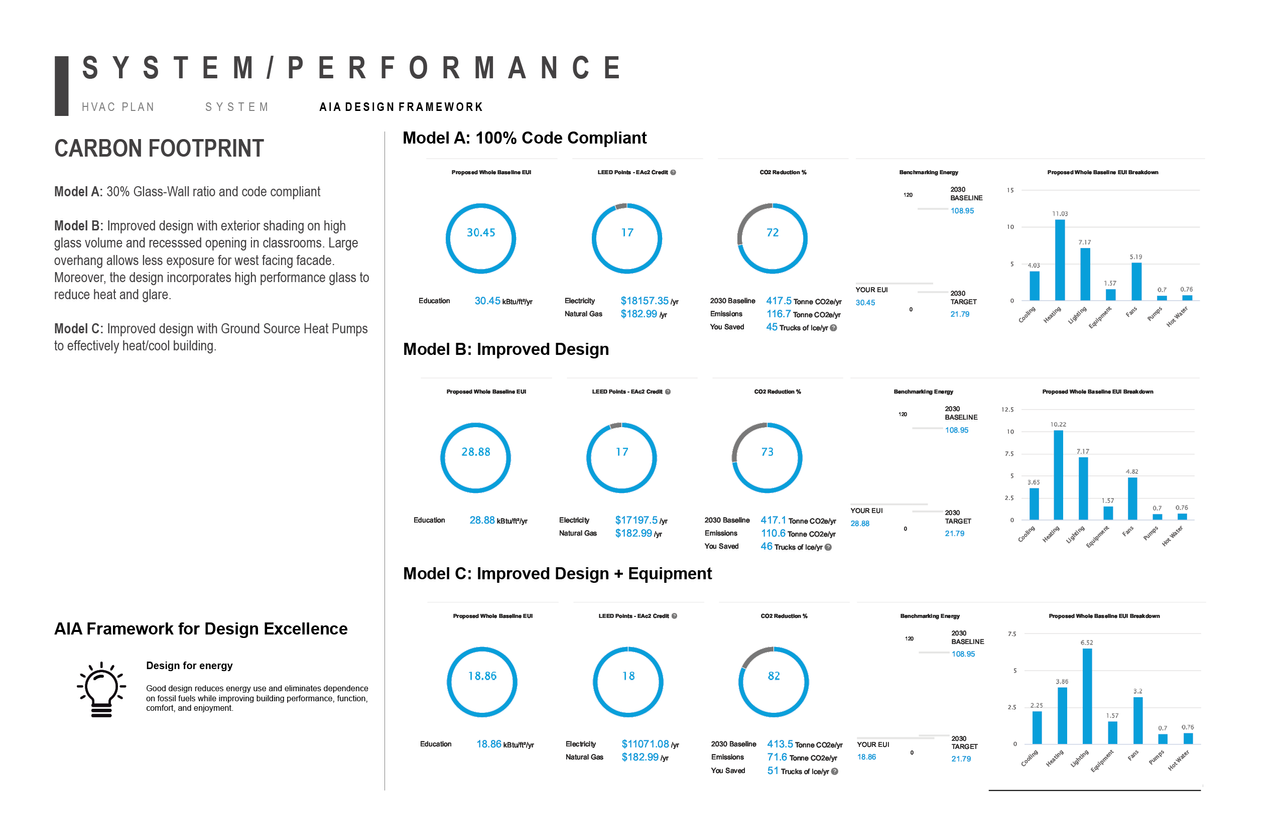 The nosiest rooms in the building are going to be the woodworking studio, woodshop, teaching kitchen, and the mechanical room. These room will require some sort of noise absorbing panels to diminish the loud sounds. We won't actually have time to figure that out in our school project but it is something to think about for practice in the "real-world". 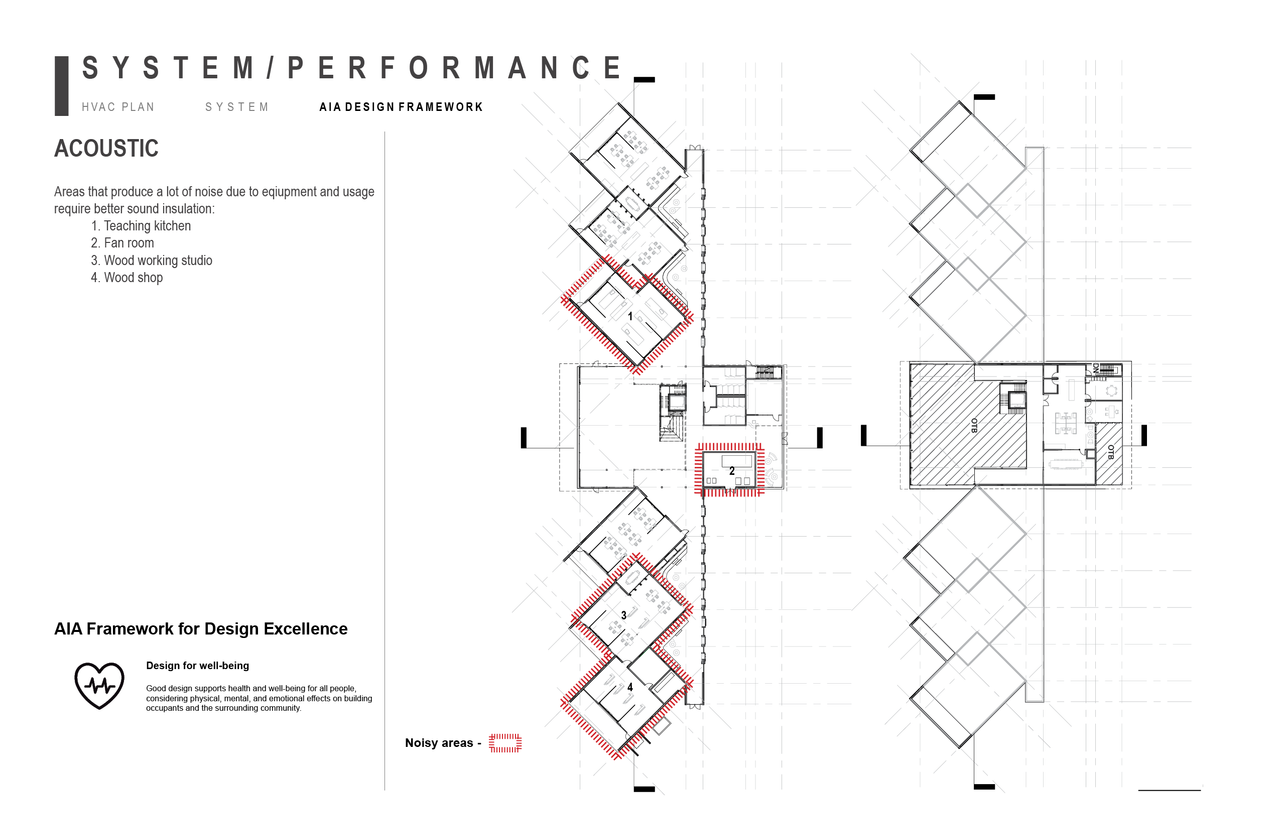 [Floor Plans exported from Revit, Marked up on InDesign by Me]

The R-value measures how well building insulation can prevent the flow of heat into and out of the building. Higher R-value means greater insulation performance, and thus more savings on the heating and cooling costs. The curtain wall glass opening in the Gathering Space is the biggest concern with the thermal heat/cool loss. The opening is also susceptible to thermal bridging because the movement of heat across an object that is more conductive than the materials around it. Thermal bridging can be the main culprit to inflated energy costs. 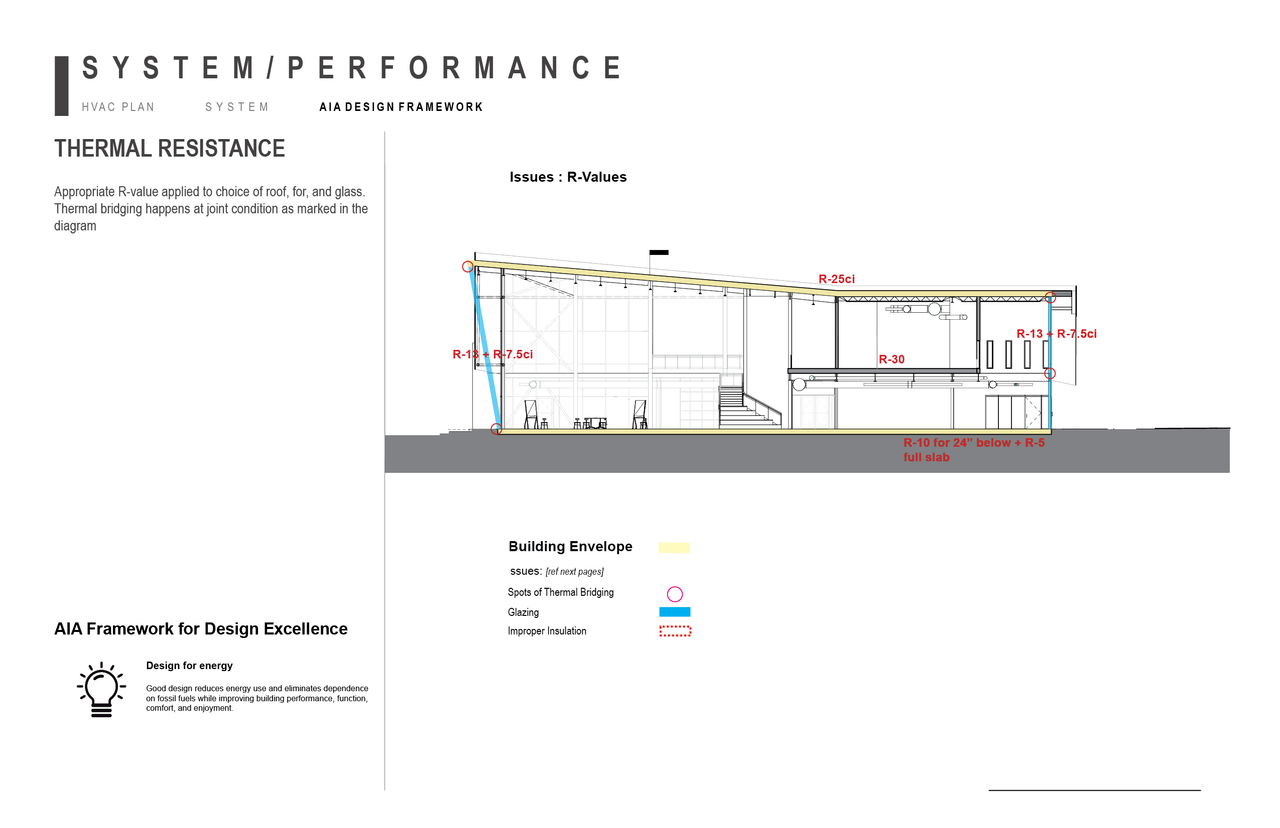 [Section exported from Revit, Marked up on InDesign by Me]