This chapter is mostly crapitalistic filler, gotta move those books! 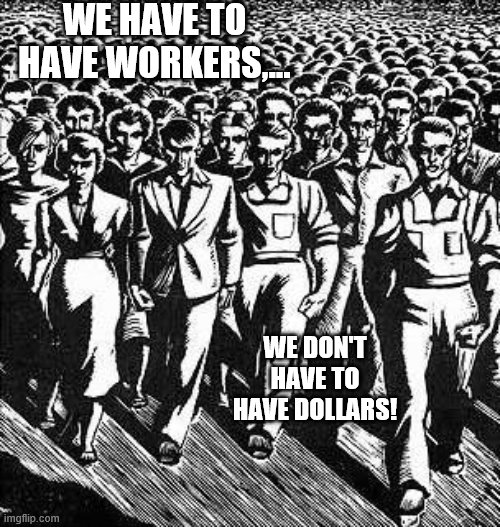 That afternoon Edith casually inquired if I had yet revisited the underground chamber in the garden in which I had been found.

"Not yet," I replied.
"To be frank, I have shrunk thus far from doing so, lest the visit might revive old associations rather too strongly for my mental equilibrium."

"Ah, yes!" she said, "I can imagine that you have done well to stay away.
I ought to have thought of that."

"No," I said, "I am glad you spoke of it.
The danger, if there was any, existed only during the first day or two.
Thanks to you, chiefly and always, I feel my footing now so firm in this new world, that if you will go with me to keep the ghosts off, I should really like to visit the place this afternoon."

Edith demurred at first, but, finding that I was in earnest, consented to accompany me.
The rampart of earth thrown up from the excavation was visible among the trees from the house, and a few steps brought us to the spot.
All remained as it was at the point when work was interrupted by the discovery of the tenant of the chamber, save that the door had been opened and the slab from the roof replaced.
Descending the sloping sides of the excavation, we went in at the door and stood within the dimly lighted room.

Everything was just as I had beheld it last on that evening one hundred and thirteen years previous, just before closing my eyes for that long sleep.
I stood for some time silently looking about me.
I saw that my companion was furtively regarding me with an expression of awed and sympathetic curiosity.
I put out my hand to her and she placed hers in it, the soft fingers responding with a reassuring pressure to my clasp.
Finally she whispered, "Had we not better go out now?
You must not try yourself too far.
Oh, how strange it must be to you!"

"On the contrary," I replied, "it does not seem strange; that is the strangest part of it."

"Not strange?" she echoed.

"Even so," I replied.
"The emotions with which you evidently credit me, and which I anticipated would attend this visit, I simply do not feel.
I realize all that these surroundings suggest, but without the agitation I expected.
You can't be nearly as much surprised at this as I am myself.
Ever since that terrible morning when you came to my help, I have tried to avoid thinking of my former life, just as I have avoided coming here, for fear of the agitating effects.
I am for all the world like a man who has permitted an injured limb to lie motionless under the impression that it is exquisitely sensitive, and on trying to move it finds that it is paralyzed."

"Do you mean your memory is gone?"

"Not at all.
I remember everything connected with my former life, but with a total lack of keen sensation.
I remember it for clearness as if it had been but a day since then, but my feelings about what I remember are as faint as if to my consciousness, as well as in fact, a hundred years had intervened.
Perhaps it is possible to explain this, too.
The effect of change in surroundings is like that of lapse of time in making the past seem remote.
When I first woke from that trance, my former life appeared as yesterday, but now, since I have learned to know my new surroundings, and to realize the prodigious changes that have transformed the world, I no longer find it hard, but very easy, to realize that I have slept a century.
Can you conceive of such a thing as living a hundred years in four days? It really seems to me that I have done just that, and that it is this experience which has given so remote and unreal an appearance to my former life.
Can you see how such a thing might be?"

"I can conceive it," replied Edith, meditatively, "and I think we ought all to be thankful that it is so, for it will save you much suffering, I am sure."

"Imagine," I said, in an effort to explain, as much to myself as to her, the strangeness of my mental condition, "that a man first heard of a bereavement many, many years, half a lifetime perhaps, after the event occurred.
I fancy his feeling would be perhaps something as mine is.
When I think of my friends in the world of that former day, and the sorrow they must have felt for me, it is with a pensive pity, rather than keen anguish, as of a sorrow long, long ago ended."

"You have told us nothing yet of your friends," said Edith.
"Had you many to mourn you?"

"Thank God, I had very few relatives, none nearer than cousins," I replied.
"But there was one, not a relative, but dearer to me than any kin of blood.
She had your name.
She was to have been my wife soon.
Ah me!"

"Ah me!" sighed the Edith by my side.
"Think of the heartache she must have had."

Something in the deep feeling of this gentle girl touched a chord in my benumbed heart.
My eyes, before so dry, were flooded with the tears that had till now refused to come.
When I had regained my composure, I saw that she too had been weeping freely.

"God bless your tender heart," I said.
"Would you like to see her picture?"

A small locket with Edith Bartlett's picture, secured about my neck with a gold chain, had lain upon my breast all through that long sleep, and removing this I opened and gave it to my companion.
She took it with eagerness, and after poring long over the sweet face, touched the picture with her lips.

"I know that she was good and lovely enough to well deserve your tears," she said; "but remember her heartache was over long ago, and she has been in heaven for nearly a century."

It was indeed so.
Whatever her sorrow had once been, for nearly a century she had ceased to weep, and, my sudden passion spent, my own tears dried away.
I had loved her very dearly in my other life, but it was a hundred years ago!
I do not know but some may find in this confession evidence of lack of feeling, but I think, perhaps, that none can have had an experience sufficiently like mine to enable them to judge me.
As we were about to leave the chamber, my eye rested upon the great iron safe which stood in one corner.
Calling my companion's attention to it, I said:

"This was my strong room as well as my sleeping room.
In the safe yonder are several thousand dollars in gold, and any amount of securities.
If I had known when I went to sleep that night just how long my nap would be, I should still have thought that the gold was a safe provision for my needs in any country or any century, however distant.
That a time would ever come when it would lose its purchasing power, I should have considered the wildest of fancies.
Nevertheless, here I wake up to find myself among a people of whom a cartload of gold will not procure a loaf of bread."

As might be expected, I did not succeed in impressing Edith that there was anything remarkable in this fact.
"Why in the world should it?" she merely asked.