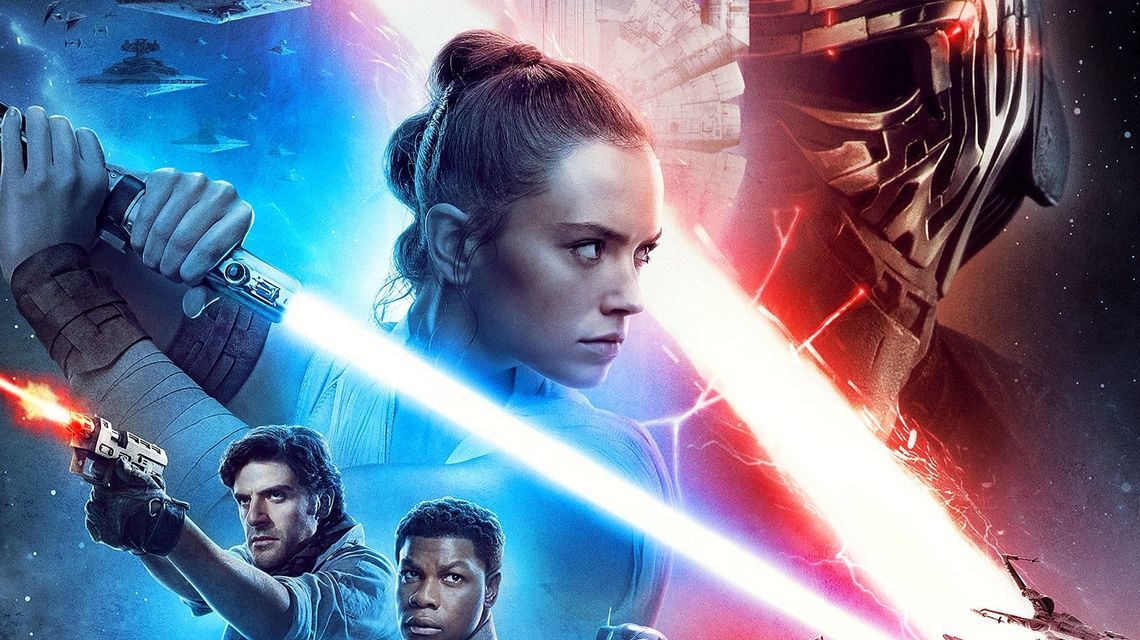 I still remember The Disaster Artist intro, with different Hollywood stars commenting on The Room, unanimously considered “the worst movie ever made”. Among those stars there was JJ Abrams, whose the two cryptic cents were: “The numbers... probably prove how unlikely it is... that you'll make it!”
With such “numbers” The Room would have never come to light if JJ Abrams was going to direct it. But neither the original Star Wars 1977 film, for which George Lucas even mortgaged his own house. During the production of Star Wars – A New Hope, few people believed in the project and even the crew and the actors alike played Lucas fool on set, with Harrison Ford even daring to tell him: “George, you can type this shit, but you can't say it!”
Despite them, Star Wars was the biggest success in cinema history! Today nobody could imagine that after all, it was a movie like The Room which turned right.
It's important to understand the basics over which the Star Wars universe was created before analysing The Rise of Skywalker and the whole trilogy that it concludes.
Star Wars was conceived as a hand-crafted artwork, not as an industrial product. George Lucas wanted to tell us a compelling story, not simply to entertain us. What Disney missed is that you cannot apply normal blockbuster logic to this delicate universe, without generating a deformed being similar to Snoke. Because this is what Disney's trilogy and this movie in particular are!

The Rise of Confusion 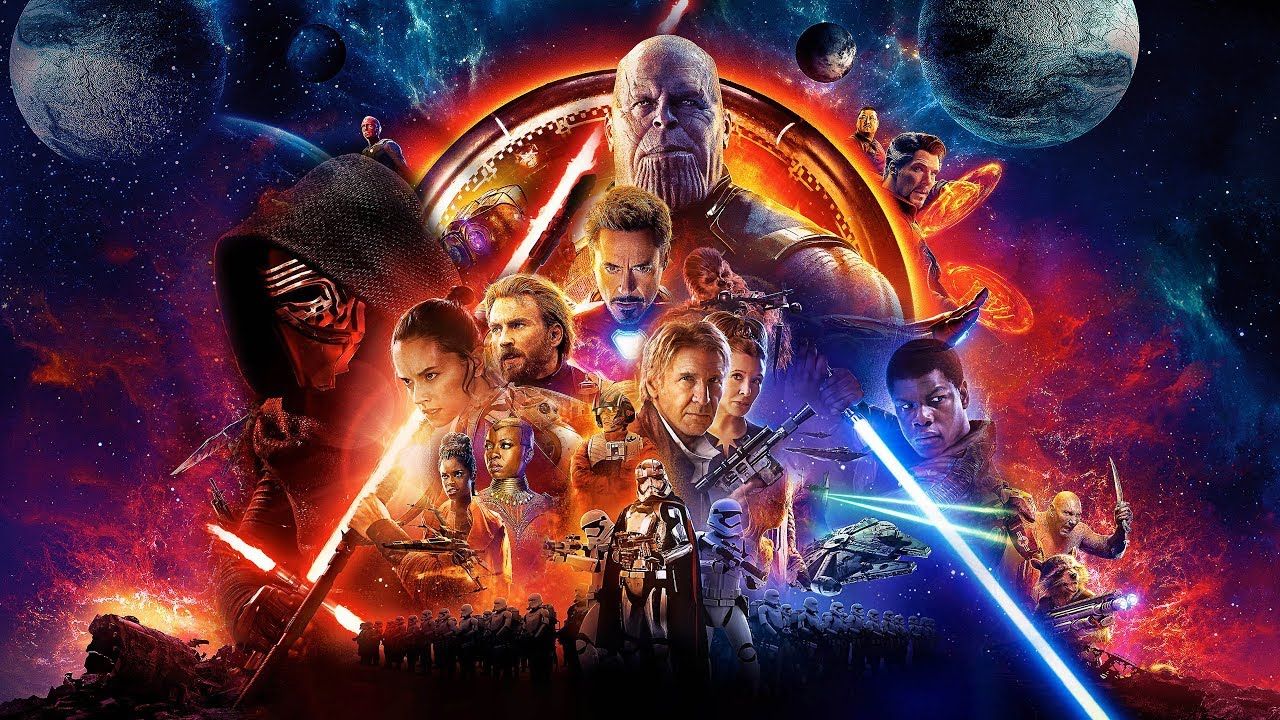 I could clearly see in the first 30 minutes of the movie that the story was reinvented at the last moment. I could sense in the force that the Emperor was not meant to come back. This trilogy was built to bring back the most popular characters of the classic trilogy, to attract the audience with a safe bet which name is The Force Awakens. After that, with The Last Jedi, Disney planned to get rid of these icons, in order to be free to reshape the universe as they liked. Fair enough, but after The Last Jedi, fans were disappointed with the lack of room for their theories or even the Legends canon (the former Expanded Universe) that the fans themselves contributed to create with unparalleled passion.
Luckily for the fans, Disney remembered that money comes from them and decided to finally give room to their theories. Unfortunately for the fans, Disney decided to pick the worst Legends stories, cloning the Emperor and making Rey's blood blue, Imperial blue!
When you walk back on your decisions so drastically, the usual outcome is inconsistent. The Rise of Skywalker is a highly inconsistent movie, with a confusing story line serving action scenes that most of the time make no sense, you can see they are thrown there every 15 minutes to keep the audience “awaken” as per modern Hollywood magic formulas. In the classic trilogy, action scenes were serving great story lines instead, delivering the climax when the story needed, not when a formula demanded. But this happened just because the classic trilogy's writers weren't obsessed with “magic” formulas and with making the audience happy at any cost. If they did, probably they would have never had the guts to turn Vader into Luke's father... 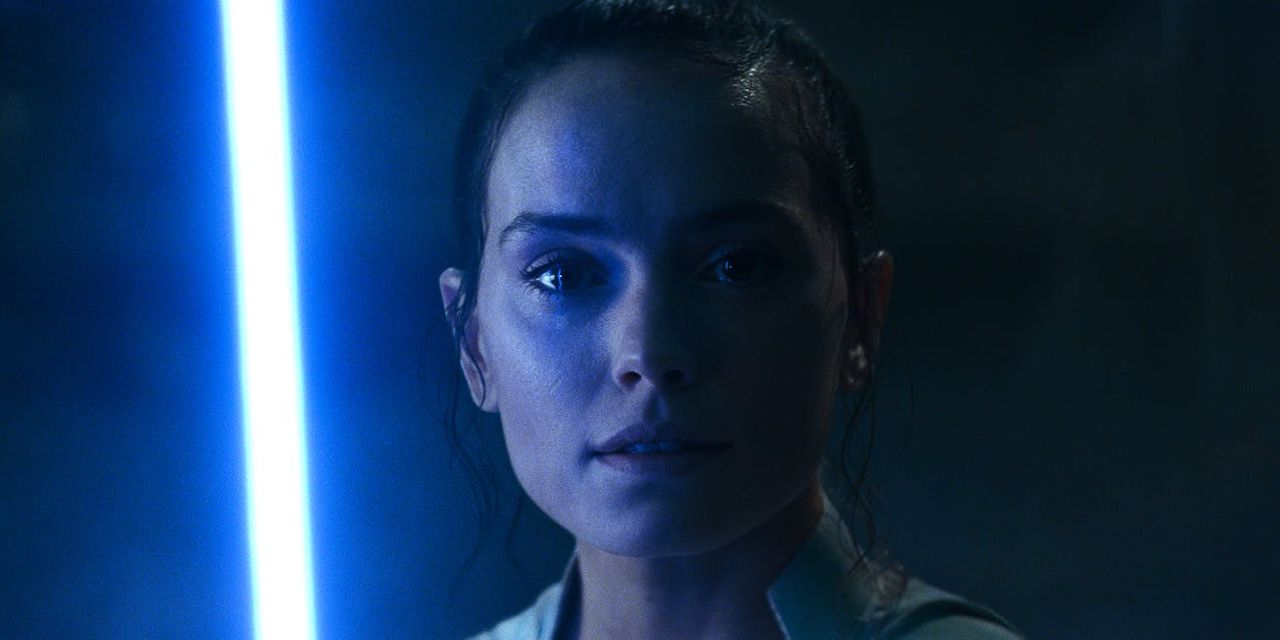 Of course, TRS offers even cool things. I enjoyed Chewbacca involvement till the end.
I found General Hux made the perfect spy, with his thirst of revenge towards Kylo Ren.
I jumped when Rey lost control and launched force lighting worth of her grandpa's.
I was amused by the push and pull between Rey and Kylo Ren, even their final kiss that breaks the weak love rectangle with Po and Finn.
I was moved by Princess Leila's departure because it felt authentic. You could feel that Leila and Carrie Fisher were leaving us at the same time...
Having Leila making the final call to Ben Solo and giving Rey the right chance of redeeming Kylo Ren, was the best idea in the movie, made perfect with Han Solo's appearance as Ben Solo's memory. Those lines are powerful because if “Ben Solo is dead”, Han Solo replies: “No... Kylo Ren is dead... My son... is alive!”. Finally an emotional moment in the trilogy employing a line that is simple, sounds authentic and yet is powerful! 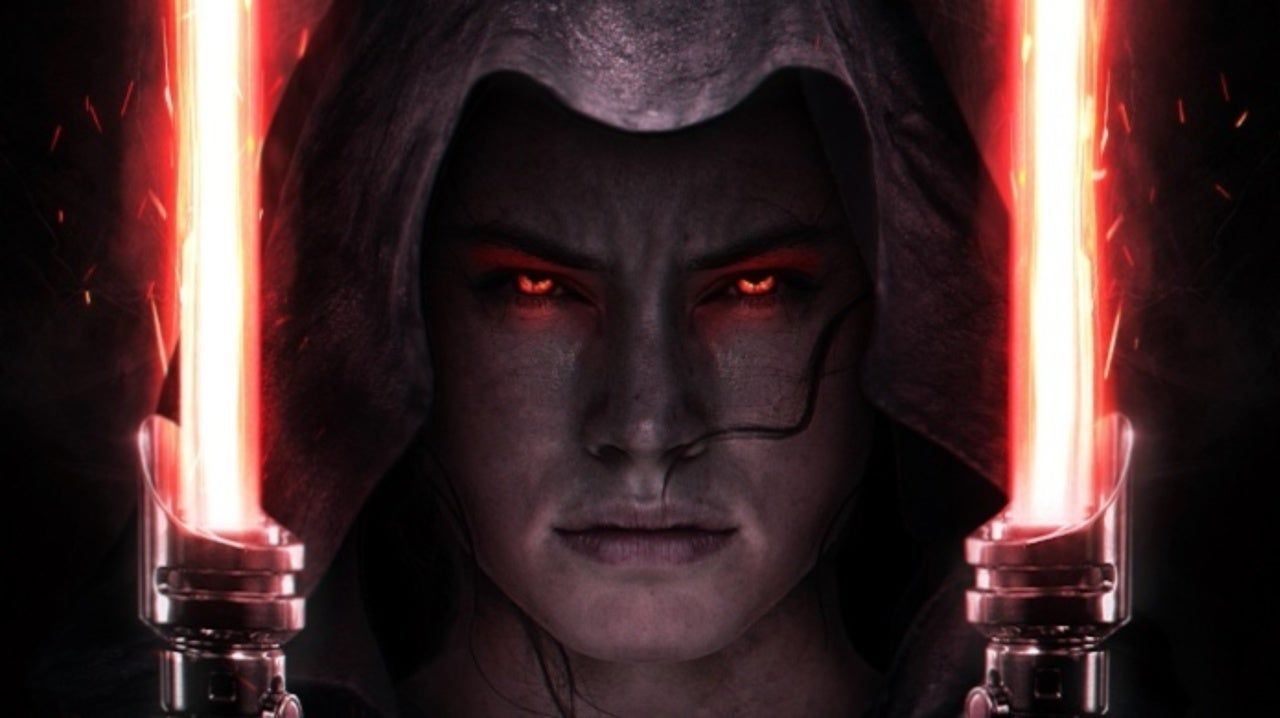 If Agent Smith saw the movie he would say: “Why Mr Abrams? WHY?”
When I saw Palpatine's ghost Star Destroyers fleet, emerging from the ground like zombies, I thought: “Seriously??? What movie do you think you are making JJ? Pirates of the Caribbean – The Curse of the Black Pearl???” WHY?
When Palpatine reveals to Kylo Ren that “I made Snoke”, I just considered how lazy they were to dismiss an undeveloped character. I mean, Snoke was introduced as the most powerful force user ever seen, capable of reading Kylo Ren's and Rey's minds, in every thought of them, something that Palpatine himself seems not capable of doing. And yet, they dismiss Snoke as a mere product of genetic engineering. WHY...? It doesn't make sense at all and it proves more than anything else how this move was made to get rid of the tasteless Knights of Ren, guilty of never having won the fans' hearts, calling the Sith back again to rescue the franchise.
And if Palpatine made Snoke, WHY Snoke taught Kylo Ren a different approach to the force, an approach based on the balance between the light and the dark side, rather than to embrace the dark side in full?
If Palpatine is now so strong that can storm an entire fleet with his own hands, WHY Rey is able to deflect his lightings with a simple lightsaber, after she was weakened when her grandpa absorbed her life energy? And WHY the Emperor keeps on lighting Rey's lightsabers if they bounce the lightings back at him? Just because JJ wanted to include another useless reference to when Mace Windu disfigures Palpatine in Revenge of the Sith... Damn...
And speaking about the finale, WHY putting random screens of the Galactic Senate and the Endor's Moon...? Just to show the tender Ewoks? So random, so cheesy... 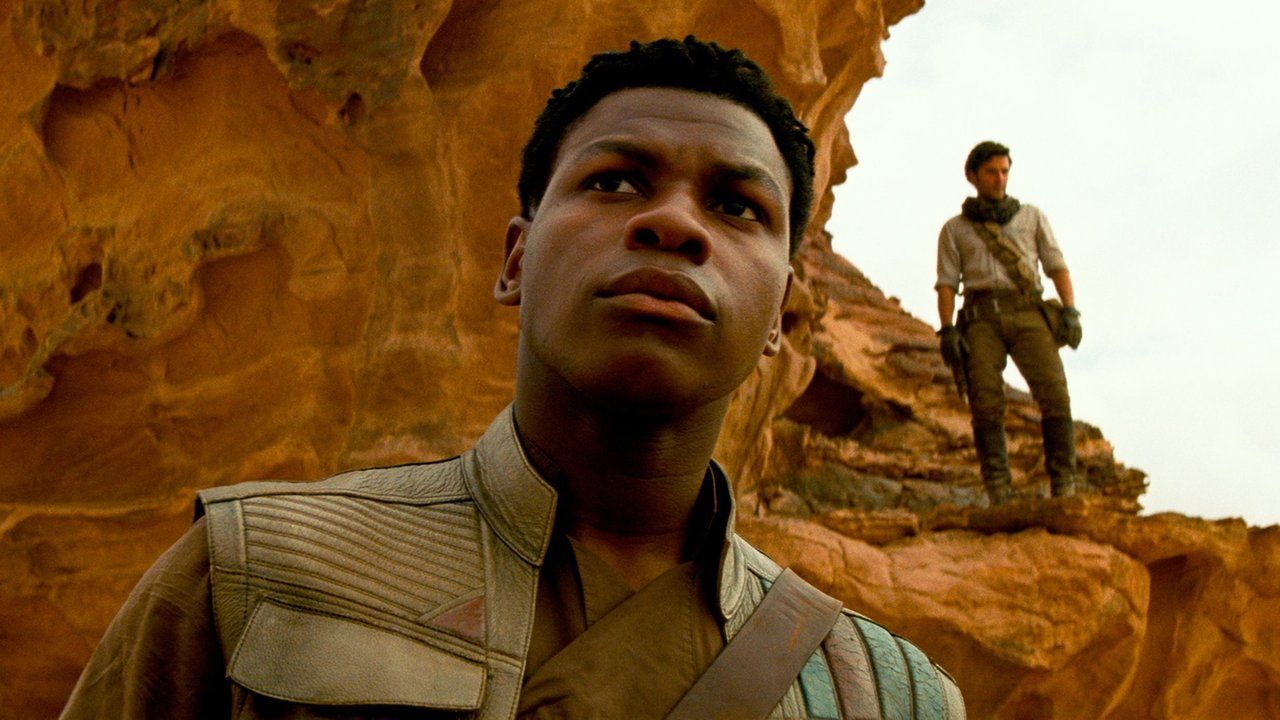 A note for the actors; I want to point a light over John Boyega. His performance proves that he is the real new talent brought in by these Star Wars movies. Finn is always the most credible character in every scene he appears. He holds the frame, even though he plays a role who is too much mocked by the storyline, trying to confine him to the clown role, despite the most heroic deeds for the rebellion come form Finn. I am sure that Boyega will be considered one of the best actors of the upcoming decade. Keep tabs on him!
Ian McDiarmid holds together the pieces of a part that without him, would have been simply ridiculous. Sir Ian is a master in shaping his voice according to the situation. In the prequels he spoke with the tender, but naughty voice of the double-face politician. In Return of the Jedi, he delivered the iconic evil voice of a ruthless Emperor. In The Rise of Skywalker, the Shakespearian actor makes the Emperor's voice much deeper, so it can resonate more demonic than ever, like a real demon of force who sings Satanic-like rituals: “You / will be / the Empress! We / will be / ONE!”
Regarding the main actress of the cast, Daisy Ridley, I think she's a good performer, but she falls again in the original vice seen in The Force Awakens. In many scenes, Daisy overacts, a problem that she seemed to solve in The Last Jedi. Maybe her overacting was requested again by the “genius”...?

To wrap the Disney's saga by each chapter we can say that:

Yes, The Rise of Skywalker is an anthem to confusion. At least, this time the authors tried to be more “original”, at least as much as modern Hollywood can be. Because despite we can see new stuff in this movie, Abrams keeps playing the Quentin Tarantino of Star Wars. Too bad that JJ has not even the half of Tarantino's talent and so he ends up making further useless references to old Star Wars movies that make no sense and are there to fill plot-holes.

The Future of Star Wars

Star Wars is more than a franchise. Star Wars is a cult! And the Force is too powerful even for Disney to ruin it. The Force will find a way, always, regardless of how tainted these sequels were. Because once the marketing euphoria around the sequels will fade in the years ahead, people will realize: “What the hell did they do???”.
But after all, Disney accomplished its goal of cleaning the Star Wars universe from its heavy legacy. Now the franchise is virgin again to pave the way to new ideas. Disney has now total creative freedom, if they know what creativity is. There are many possibilities for the future of Star Wars: 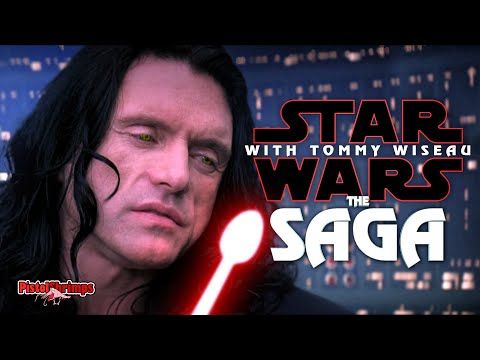