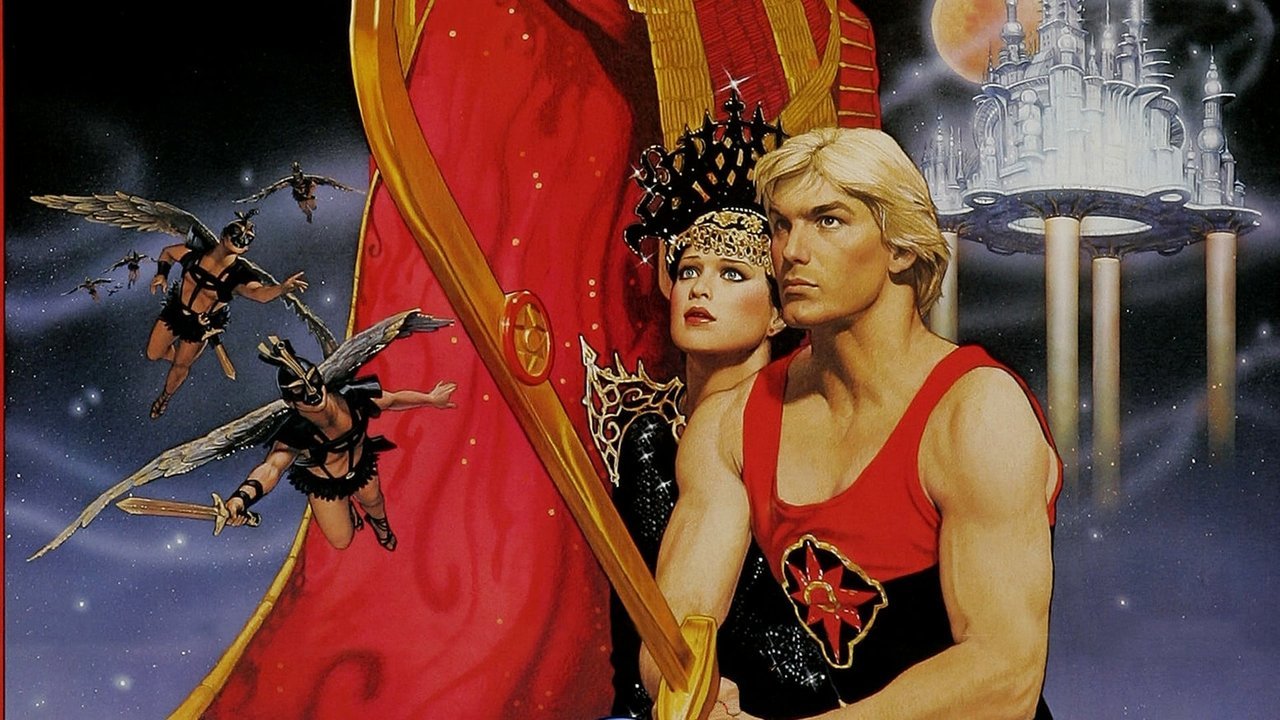 Appreciation of some films can go full circle. The author of this review experienced such phenomenon with Flash Gordon, 1980 science fiction epic directed by Mike Hodges. The very first time I saw this film I had expected something in the same league with Star Wars. Despite being slightly disappointed, I still considered Flash Gordon to be great. Only a few years later I watched this film for the second time. The movie suddenly started looking so bad that I had to put my disappointment on paper, which resulted in one of my first movie reviews. Then, many years passed and I watched Flash Gordon again. This time the experience was quite different - I actually started liking this film again and appreciating it as a remarkable piece of filmmaking, although for quite another reason.

Flash Gordon is based on the comic books by Alex Raymond, first adapted to big screen in 1930s as a movie serials starring Buster Crabbe in lead role. Those movie serials are now best known as the most important source of inspiration for Star Wars. In return, success of George Lucas' film inspired famous Italian producer Dino de Laurentiis to make his own science fiction epic, this time much closer to the original. Task was given to screenwriters Lorenzo Semple Jr. and Michael Allin who adapted the original characters and situation for the more modern setting.

Plot begins when Ming the Merciless (played by Max Sydow), evil and seemingly omnipotent emperor of Mongo, start using his super-technology to create series of earthquakes, tornadoes and similar disasters on planet Earth. Dr. Hans Zharkov (played by Topol) is discredited NASA scientist who built a spaceship in order to investigate extraterrestrial source of those disasters. He finds an unwilling crew for such endeavour in the form of New York Jets quarterback Flash Gordon (played by Sam J. Jones) and travel agent Dale Arden (played by Melody Anderson) whose plane has just crash-landed in scientist's back yard. Their spaceship blasts off, gets sucked by Imperial Vortex and lands on planet Mongo. Earthlings are quickly brought to Imperial Court where Flash leaves bad impression on Ming, resulting in immediate death sentence. Luckily, Ming's daughter Princess Aura (played by Ornella Muti) likes Flash and arranges his escape. Flash lands on planet Arboria and starts convincing feuding Ming's vassals to forget their differences and unite against the evil tyrant.

Flash Gordon originally failed at the box-office and fared even worse among critics. Younger viewers who approach this film for the first time are probably going to find many reasons for that. For the most time, dialogue in the film is plain terrible. This is especially the case when the dialogue is spoken by two leads - Sam J. Jones and Melody Anderson. Those two performances are pure disaster and it is quite understandable why those two actors failed to make any significant impression in their subsequent careers. Jones, obviously cast more by his looks than by his acting ability, given new definition to the phrase "wooden and uninspiring". Melody Anderson fares only slightly better, but only in scenes where she doesn't appear with Jones and thus show complete lack of chemistry. Terrible miscasting is followed by something which should be unforgivable crime to all those who grew up after jurassic Park - more money being spent on costumes than on special effects.

Yet, despite those shortcomings, Flash Gordon not only works, but actually turns out to be very entertaining experience. The reason for that should be found in something very simple - filmmakers didn't take material seriously and instead of science fiction epic this film should be approached as comedy. Intentional or unintentional, the film is pure fun, with plenty of hilarious moments and memorable scenes. First, there are plenty of truly eye-pleasing scenes – Gilbert Taylor's photography provides a lot of flashy colours when depicting psychedelic Mongo skies, exotic costumes and even more exotic Imperial Guard uniforms. Then, there is musical score by "Queen", which reached almost legendary status despite not being considered the best achievement of that group. Using rock music instead of classical scores in science fiction film provides somewhat surreal impact that would help viewers in getting into mood necessary for enjoying this film.

But the most memorable thing about Flash Gordon is the actors, each of them making a terrific job. Almost unrecognisable Max von Sydow simply chews scenery and obviously has a lot of fun as the incarnation of pure evil. Ornella Muti as Princess Aura is another great addition to this film - with sensual voice and revealing costumes she simply oozes sex appeal, but that performance also underlines a great flaw in the film - Melody Anderson in the role of her romantic rival. Topol is also very good, but not as good as Brian Blessed and Timothy Dalton, respected British thespians who obviously enjoyed opportunity to play something completely different and much sillier from stuffy characters in period dramas. Director Mike Hodges does a very good job in handling plot and keeping frenetic pace in the film, and shows how he could handle material so different from his better known films like Get Carter.

Of course, hard core science fiction fans might still wince at this film and those who like original comic books are probably going to prefer Star Wars. But for most viewers Flash Gordon is the reason why phrases like "guilty pleasure" entered vocabularies.

(Note: The text in its original form was posted in Usenet newsgroup rec.arts.movies.reviews on November 5th 2002) 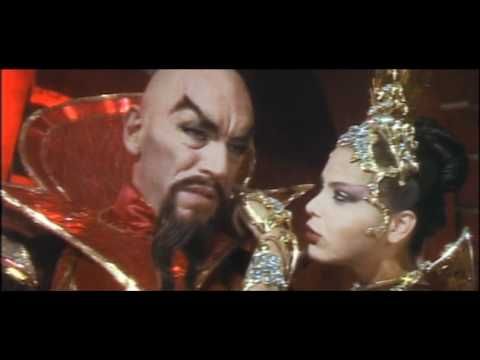